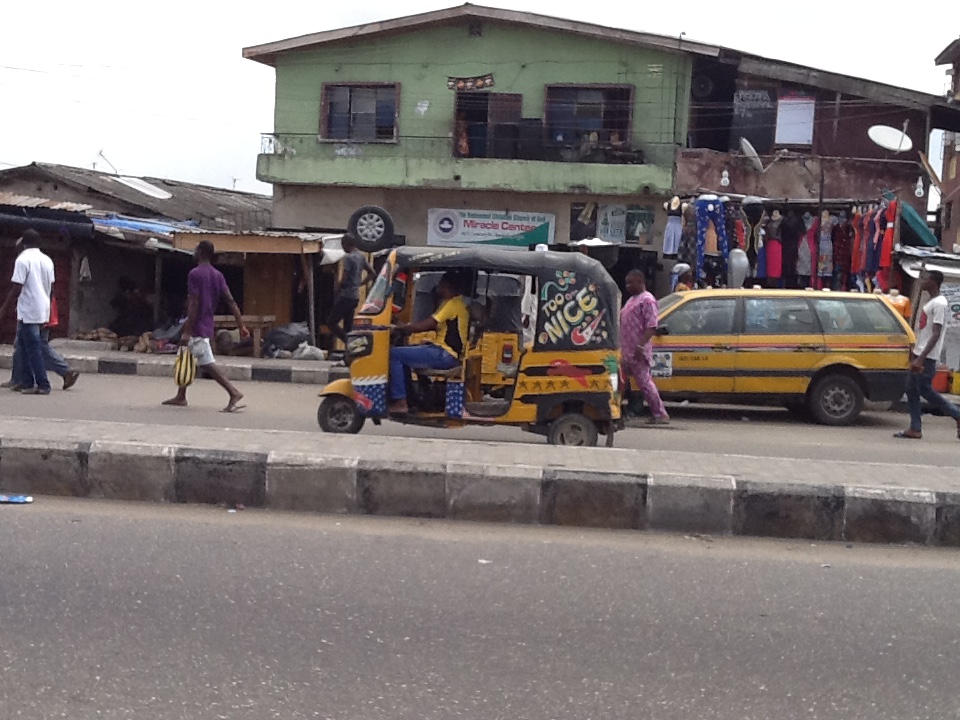 Call  it ‘House of commotion’. You are not far from the reality, judging from the activities that go on in the building. But it is neither a building for animals nor a building made for people to live in. It is a building for public worship where the clergy as distinct from lay people do religious minister’s work. But this house has become a multi-purpose center.

It is now a place where people pay to have sexual intercourse with prostitutes as it is where people enter into an agreement that the person who incorrectly predicts the outcome of a future event will forfeit something, usually money, to another.
It is also a house where children and teenagers are taught and those, usually above the age of 17 have turned to a television viewing center.

It is an upstairs located at Amukoko bus stop, on 44/52 Cemetery road, Amukoko in If­elodun Local Council Develop­ment Area of Lagos State.

The first floor houses the brothel, called Unit Hotel. It is this place that more than 20 prostitutes ply their trade. On the same floor is the television viewing center as well as sports betting home.
On the ground floor are a Church, the Redeemed Christian Church of God (Miracle Centre), a primary school named Success Academy School, a shop where liquor is sold on wholesale and a boutique that deals on women apparels. Some business functions or activities in the building are very asymmetrical to the other, while others complement.

There may be nexus between Church and school, but it’s not so with a brothel and a Church or school, as some people will argue that light and darkness do not co­habit. The liquor shop, the boutique and the television viewing center can be a great fillip to the brothel, but not the Church. That is not the only thing wrong with this ‘house of commotion’.

The building for sure is crying for repainting. One side of it, which is green, is fading away very fast and on the right side, which was supposed to be ox-blood coated is now hard to determine the exact colour. Some of the window panes have broken, leaving the place open. The dilapidated fur­niture in the drinking hall shows that the brothel once saw a good a time.

When visited, loud speakers used for party the night before were parked at the balcony. Every evening, this music equipment are deployed to keep the hotel lively. In this regard, noise from the hotel filled or polluted the environment.

Un­der this arrangement, it is hard to say that all the occupants carry out their activities without in­fringing on the other. But they have to endure and trudge on if there wasn’t an infringement or breach. One wonders how the prostitutes feel on Sundays and some week days when messages of salvation, repentance and condemnation of sinners are coming out from the church in the same building.

One of the teachers of Success Academy School on conditions of anonymity that the school is not disturbed by the activities in the hotel or from the television viewing cen­ter.

Those activities of the hotel and TV centre usually begin in the evening time and weekend by which time the school must have closed for the day. Besides, the school doesn’t open on week­ends. “So, there hasn’t been any problem. Everybody relates cordially here.
If there is anyone who should complain, I think it should be the Church. But they are not complaining and they have been here for long”.

A young lady who sells recharge cards down there added that  Amu­koko bus stop is the safest place to be because of the activities that go on in that building as well as the proximity of the police station.

According to her, in the night, traffic into that compound is high, especially those going to watch football at the centre, those going to Church and also those going to the brothel as mu­sic from the hotel announces that something is happening there.