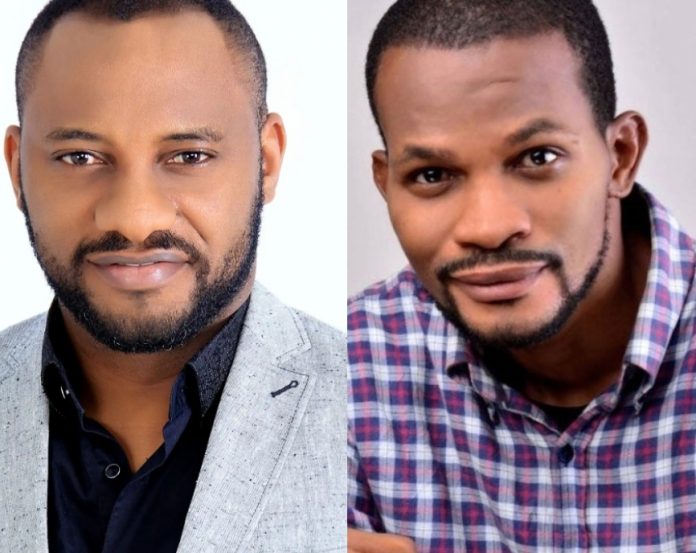 Nollywood actor, Yul Edochie has heavily knocked his junior colleague, Uche Maduagwu for advising and calling him out because of his marriage brouhaha.

According to Yul’s post, even those who don’t have the pedigree to become advisers have suddenly become one since the controversy of second wife hits social media.

Yul questioned the achievement of the self-aclaimed gay as an actor and also as a married man in a lengthy post, read below:

Everybody don turn to marriage adviser for my matter. Even mad man wey never marry na marriage adviser too. Craze man who is yet to make up his mind wether to be a man or woman, is also giving me marriage advice.
My first child is 17yrs old, in the university.
I have 4 more very handsome and intelligent children.

You, it’s not even confirmed wether your manhood fit stand, na you wan give me marriage advice? For the past 12yrs I have been at the top and crested my name as one of the greatest actors in Africa, what have you achieved? In 2017 I set a record as the only Nollywood actor who has contested for Governor and ran the race till the end.
Since then I’ve been a constant advocate for good governance.

What have you achieved within those years? Nothing, you bought a red bra. If you’re this messed up in 2022, only God knows how messed up you were in 2004, the year I got married. Na you wan advise me on marriage? Sad.This world don scatter honestly.
Social media has made people not to know their mates anymore. Any matter you see wey no concern you, you jump on it just to chase clout. Mr red bra, First of all, make up your mind wether na man or woman you wan be, then you get married.