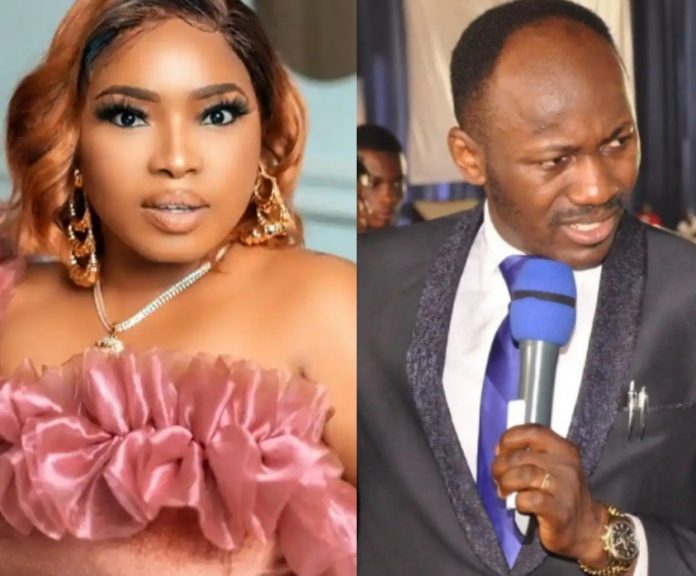 She made this revelation in a series of posts she shared on her Instagram page on Sunday.

The actress admitted that she had an affair with the preacher because he told her he was divorced with three children.

“I f*ck up yes. I own my mistakes. But I won’t lie anymore. N*gg* said he was separated. I didn’t meet a married man. I met a bizman with three kids. Long story, stay away from liars,” she said in one of her posts.

Abubakar also accused Suleman of feeding bloggers with negative stories about her.

She said, “Every month only you. You paid off the blogs, only you, God forbid. Look for lies and send it to your bloggers. They need am.
But you you you JS. You bought market Sule. Emperor Sule. Allow me rest biko.”

Abubakar and other popular female celebrities have been in the news due to their alleged relationship with the pastor for months.

Meanwhile, Suleman has dismissed the claims against him.