Shocking photo shows how a man staged his own murder after discovering his wife had hired a hitman to kill him.

Boxing coach Ramon Sosa, 50, found out from one of his former students that his wife Maria “Lulu” Sosa, 46, was planning to kill him. 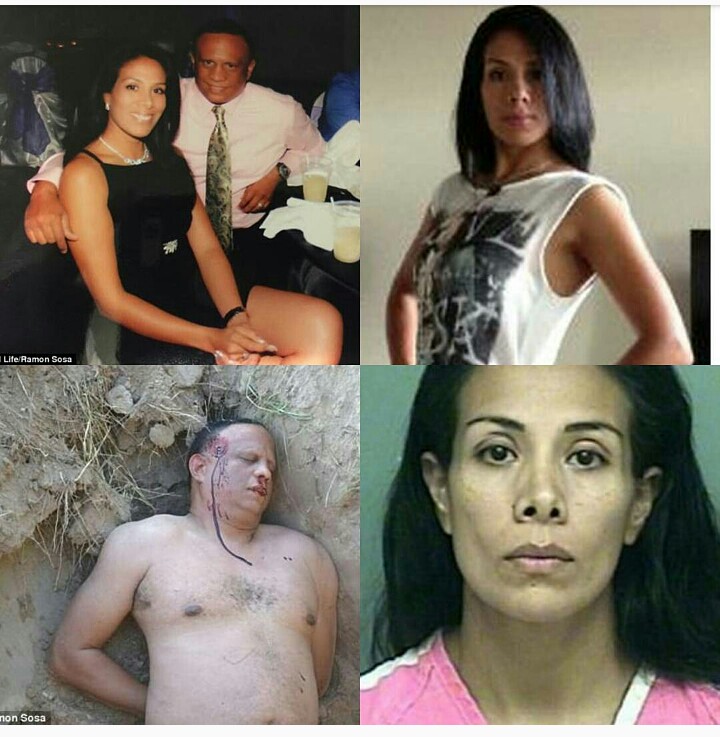 She hired a hitman to carry out the killing for just £1,500, not knowing that the hitman was her husband’s former student.

After Ramon found out his wife’s sinister plan, he got the support of the FBI and together, they staged a murder.

With the support of the FBI, Texas Rangers painted bloody makeup on Ramon, so it looked as though he had been shot through the temple.

Then they drove him to the desert and put him in a shallow grave, which they had already dug.

The took photographs of his body in the grave before they took him out and hid him in a hotel for three days.

While he was safe in the hotel, an undercover officer posing as a hitman showed the picture of Ramon in the grave to Lulu.

Lulu laughed when she saw the bloodied photo of her husband in the grave. She was arrested and in October 2016 pleaded guilty to solicitation of murder.

She has been jailed for 20 years.

Ramon and Lulu, from Houston Texas, were together for eight happy years until financial worries put strain on their relationship in 2015.

Ramon said he never expected his relationship with Lulu to go the way it did. “Lying in the dirt, pretending to be dead, was terrifying,” Ramon recalled. “When I first met Lulu, I certainly didn’t expect our relationship to end like that.”