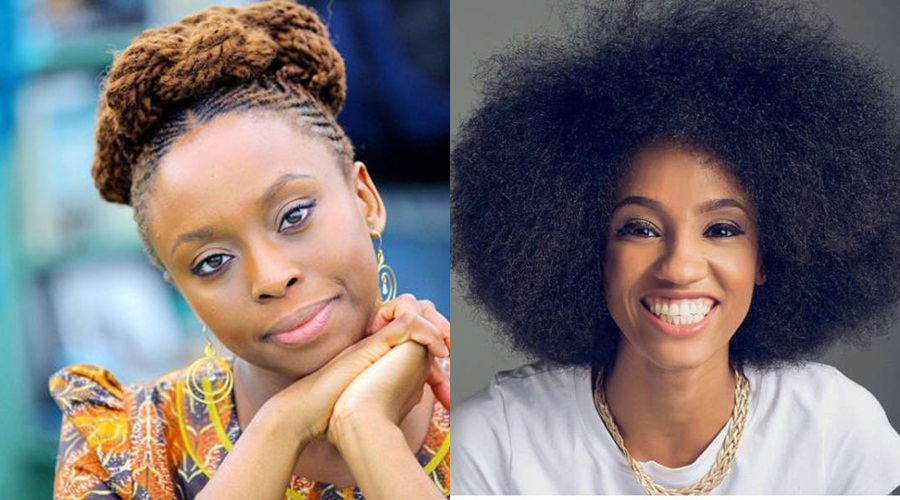 Mavin Records’ pop singer, Di’ja has creatively announced the safe delivery of her son. She made the announcement on instagram through cartoon clips she posted detailing the timelines and milestones of her intimate life.
Although, Di’ja and Mavinrecords kept mum on her rumoured pregnancy and silent wedding to her boo, Rotimi, for so long, the video she posted has let the cat out of the bag.
Here’s a simple break down of the timelines in the videos she shared on Instagram and Twitter handle… 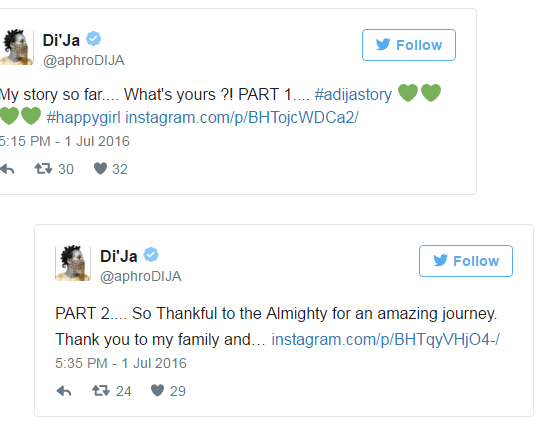 Meanwhile, Di’ja is not the only female Nigerian celebrity that secretly delivered a child recently. While her baby announcement may possibly win an award for the most creative baby news, renowned writer and novelist, Chimamanda Adichiewho got pregnant in mid 2015 also welcomed her first child recently, a baby girl.
Chimamanda revealed the news in a recent interview that was held in Lagos, where she said, “This is the first time I’m saying it publicly. I have a little girl. I have some friends who probably don’t know I was pregnant or that I had a baby, I just feel like we live in an age when women are supposed to perform pregnancy. We don’t expect fathers to perform fatherhood. I went into hiding. I wanted it to be as personal as possible” She however didn’t reveal the name of her child.