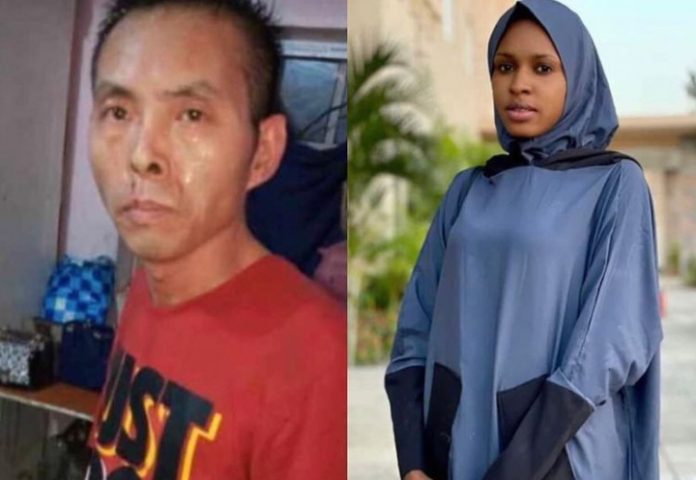 Tragedy struck in the early hours of Saturday, September 17, as a yet-to-be identified Chinese man stabbed a lady identified as Ummita at her residence.

It is reported the unfortunate incident happened at Janbulo, Gwale LGA, Kano State.

A source, Mustapha Auwalu Abba on Facebook, alleged that the suspect was the deceased’s boyfriend and it’s unclear what could have been the reason for him k#lling her.

Meanwhile, Ahmadranking on Twitter reports, “Little misunderstanding. He called her repeatedly and she didn’t pick. He went to her house and banged repeatedly at their door, her mom got furious and decided to come confront him. He pushed her as she opened the door and headed straight to where he located Ummita and stabbed her to death. He has been apprehended by the police.”

However, friends of the deceased and community members have now taken to social media to demand justice for her.