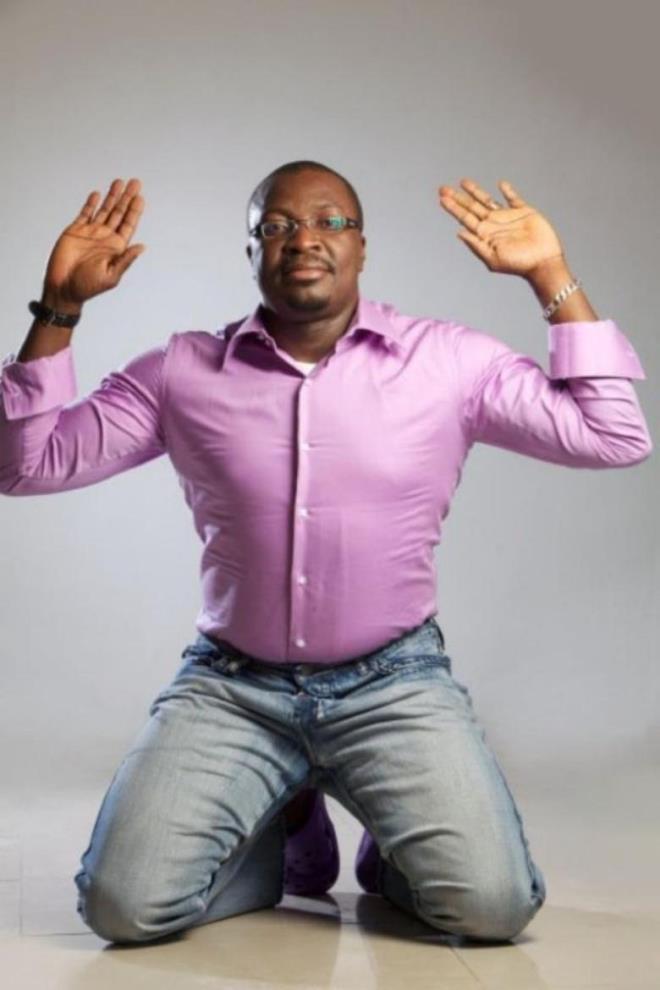 Grand comedian of the Federal Republic of Nigeria, Alibaba,
has penned down his thoughts on the way men propose marriage to their girlfriends.
The humour merchant believes that going down on bended
knees doesn’t guaranty an awesome marriage.
‘It’s not every man that goes on one knee to propose.
Some do the two knees. And I have seen many men who did not even kneel at all.
I have known couples who had dated and become so embedded that when the time
came they just knew. There was no “will you marry me?” Question. The guy
got the ring, it fitted. They fixed dates and everybody was happy,’ he wrote on
Instagram.
Continuing, the foremost stand-up comedian added that he
agrees that what is worth doing is also worth doing.

Recalling his own proposal to his wife, Mary, Ali added
that his own was a different case entirely
‘I had a good laugh when I thought about my own
proposal… Because asking will you marry me would have just been an overkill.
Yes ke! I had asked lots of times. So when the day came, I was like ‘Ehen, you
didn’t even say anything again about that marriage talk. May be its just me,
some relationships get to a point, it just awards different waivers. And that
is what I am about today. There are some people who are still sticking to, he
must go down on one knee. It must be at a waterfront… You be mammie water?
Others say he must not do it at home. It must be at a cinema, market square,
concert, mama put, just after church service, at a bus stop… ( NA conductor
you wan marry?) I take beg GOD you, if you have checked out the vitals, and
they all checked out in your list, waive some cosmetic stuff. Stuff like he
must have 6 packs, stay on the island, have broad shoulders, pedigree, have a moustache,
Mohawk, always in suit, drive an SUV, have a Ph.D., speak spree spree and have pointed nose… Waivers don’t mean you don’t
know what’s up. Or that you don’t have standards. You just look ahead for the
overall good of all concerned. So if he is lying on the bed or in the bathroom
having a bath and says KEMI, there is a box there on the dresser, is you ring.
Check if it fits. So we can start the other arrangements, my sister, if he is a
good man, forget going down on one knee. The man is already down for you, heads
shoulders knees and toes. Don’t humble him any further. BTW, does going on one
knee when he proposed guarantee anything? I think it’s up to you.. So my dear
brothers, anyhow you can, once she qualifies, just do it. And to my sisters
when he does do it, just take your thing.’’