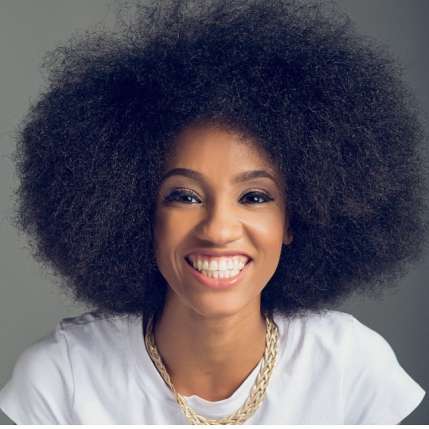 She is one of the top upcoming female singers Nigeria boasts of.  Sierra Leonean-Nigerian singer, Hadiza Blell also known as Di’Ja, doesn’t need much introduction.

The ‘Aww’ crooner is currently signed to Mavins Record headed by Don Jazzy and she has been making her label smile to the bank.

In bid to encourage other aspiring musicians, Di’ja detailed her rise to fame and the countless failures she had on her way up.

According to her, she’s had to do odd jobs like being a waitress, putting on Mascot costumes at children parties all to raise money to fund her passion.

In her words, ‘I’ve tried and failed a lot of things in the past, same with music, I don’t even think am good at it as much yet, I’m still getting there but I’ve failed many times’.

‘find what you are good at, practice every day, fail at it many times until you are good at it’. She said during an interview on her Coke Studio Africa session.

Di’Ja is currently signed as an ambassador to telecom giant, Glo.