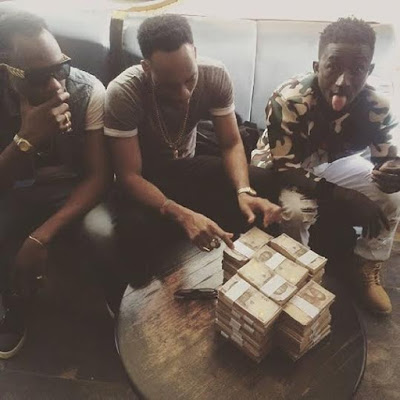 Few weeks ago, music duo Skuki kicked off a competition that would see any of their lucky fans go home with a whooping sum of N500, 000.
The popular singers recently released a new single titled ‘Forever’ and its video directed by Adasa Cookey and asked fans to make a 15sec VIDEO or FLIPGRAM of pics, them with someone who they cherish so much. It could be a spouse, boo, bestie, children, grandparents, parents, friends, mentor etc….read on 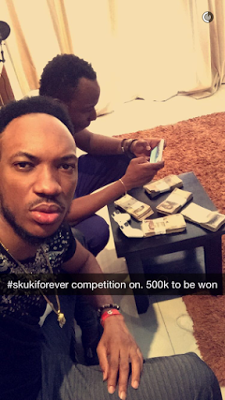 Skuki announced about the contest on their Instagram pages and since then it’s been generating a lot of engagements on the social media network. While some people went all out to submit their entries standing a chance to win the N500K cash prize, others believe it’s just a fluke, one of those competitions where nobody gets the prize at the end of it all.
To allay the fears of their fans that they meant every bit of what they said, they posted wads of cash on their snapchat profiles and Instagram, imploring people to keep throwing in entries as a lucky winner would walk home with half a million naira in 1 week.