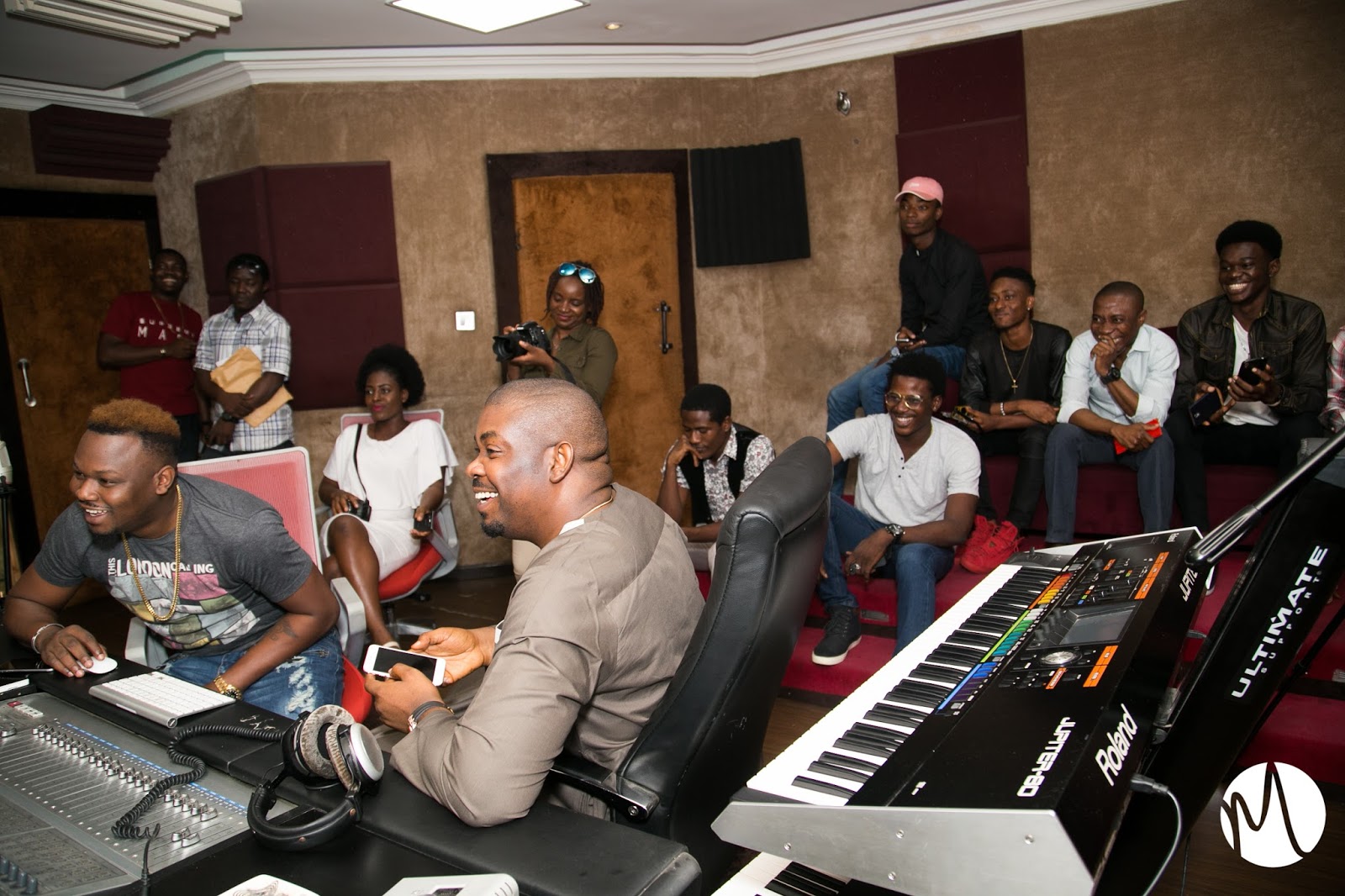 For eight lucky fans, it was a moment to remember and cherish when award-winning producer and MTN Ambassador, Don Jazzy personally hosted them on Friday July 15, 2016 inside his famous Mavin Records studio. 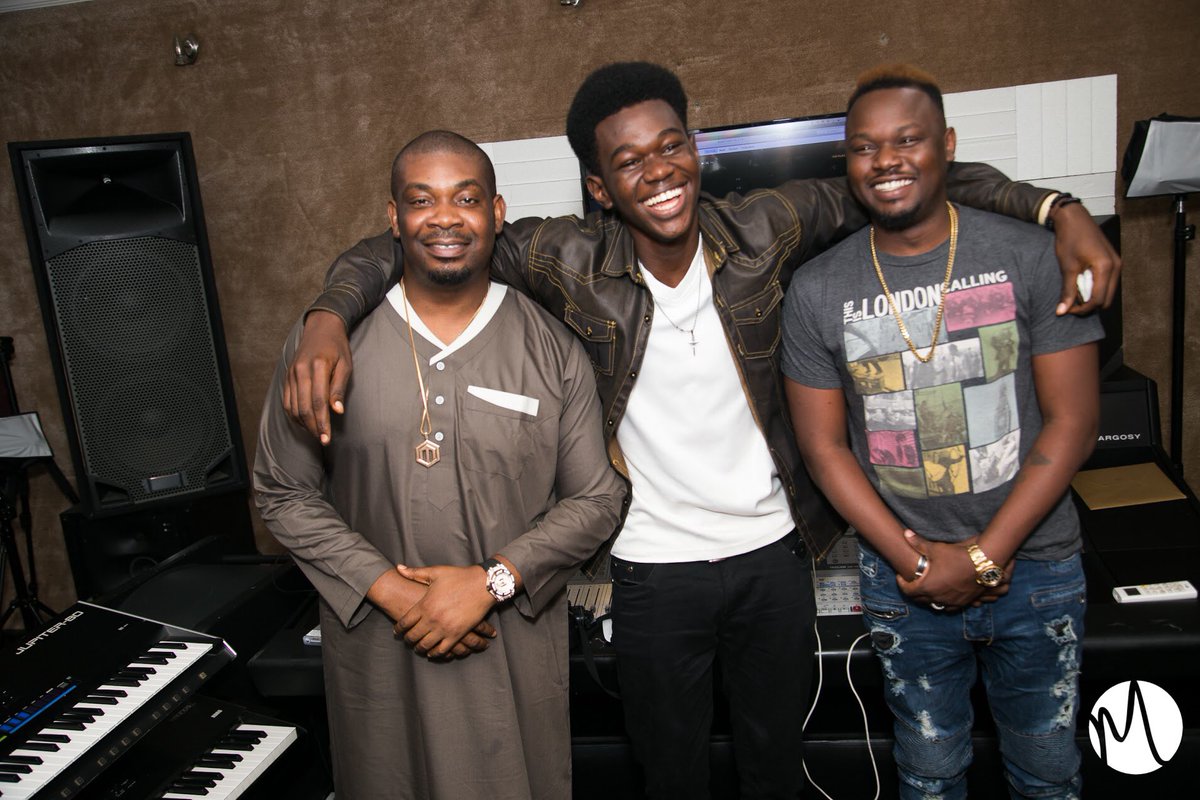 The lucky ones were each brought to the fans-meet-idol session by a VIP chauffeur service provided by Metro Taxi. Once there, they were treated to hours of fun inside the same studio where some of Nigeria’s biggest hits have been crafted. Besides gisting with the record label owner, Don Jazzy, and Mavin artiste Dr. Sid, the fans were also treated to exclusive listens of yet-to-be released tracks by Reekado Banks, a highly impressive new video by D’Prince and other new productions. 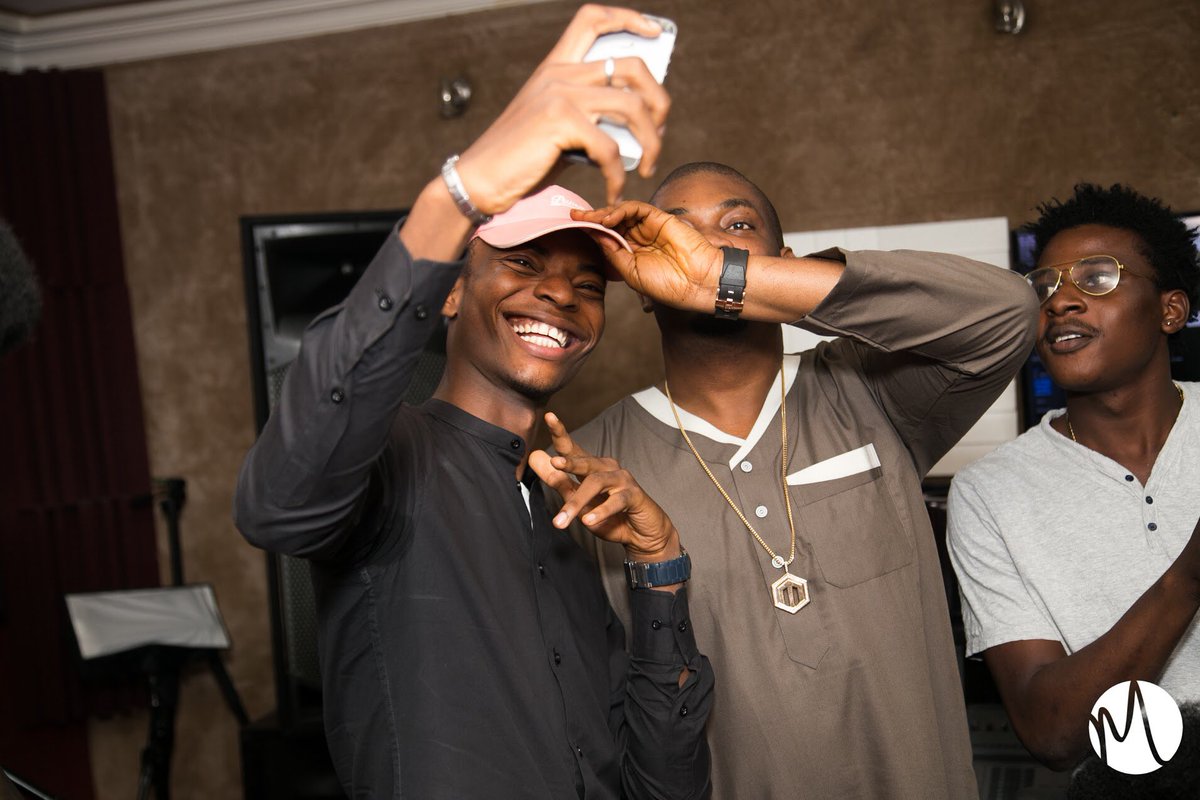 Mavin Records and their newly signed management, Temple Management Company selected the fans randomly via twitter and Instagram out out of the thousands of entries that flooded the #ILoveMTN social media challenge. 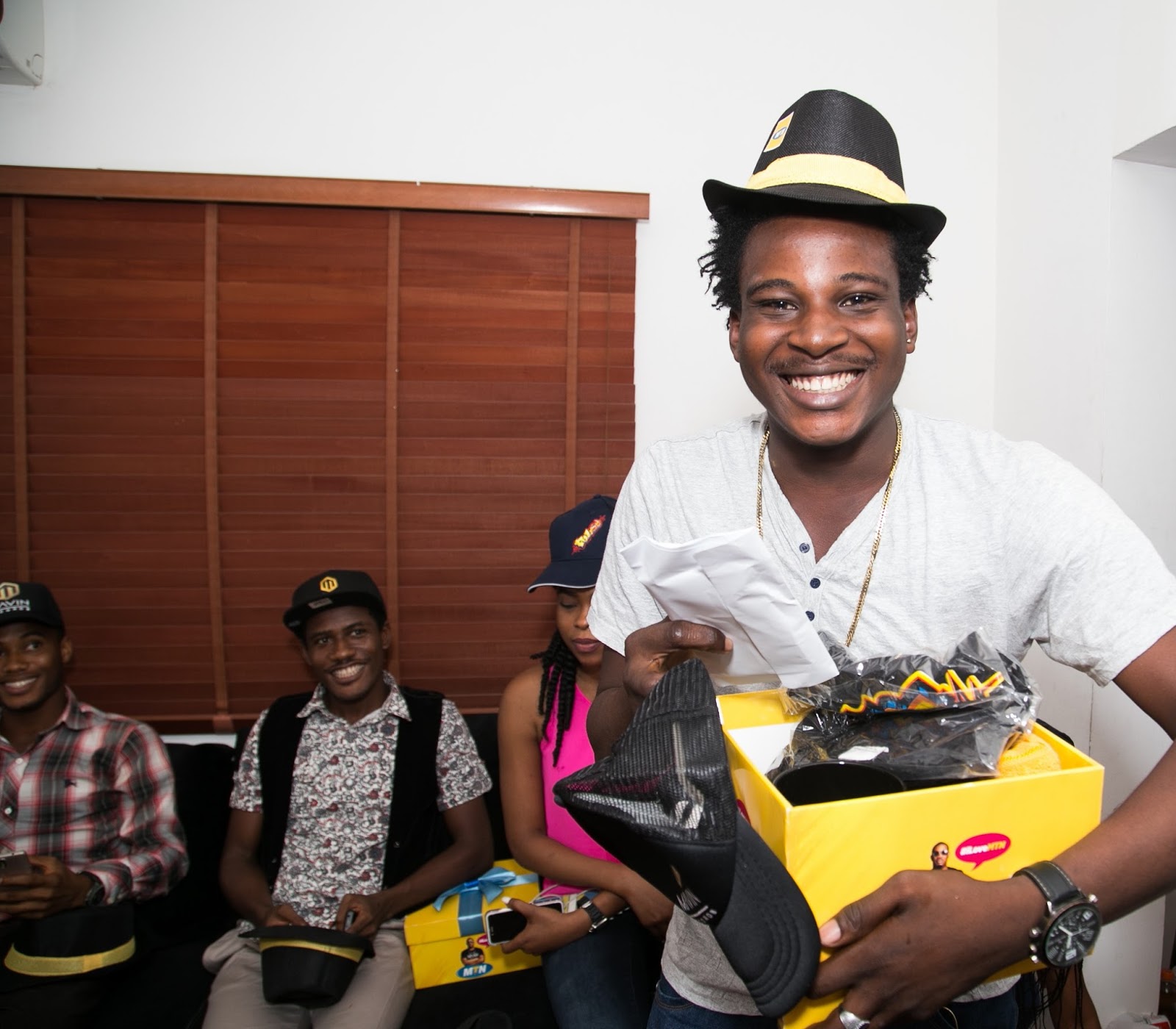 One of the fans, Mary Odere, described her experience thus, “If I was asked to trade this once-in-a-life-time experience for cash, I won’t think twice before rejecting it. I have been a big fan of Don Jazzy and I have never been to a recording studio before. I am so excited to be at the famous Mavin Records mansion with Don Jazzy and this moment will remain with me for ever.”

They enjoyed a delicious spread provided by Grind Grill Café and Lastshot Drinks, but the goodies did not end there. They also got to take home, surprise goody bags packed by MTN Nigeria and The Temple Management Company to each of them.

Don Jazzy, who recently signed a deal with Temple Management Company, expressed his pleasure playing host to the fans. “I always wanted to take time off my busy schedule to meet my young fans and inspire them. I am happy that Temple Management Company with support from MTN is making it happen. Thanks to every organization who supported us to make this happen.”