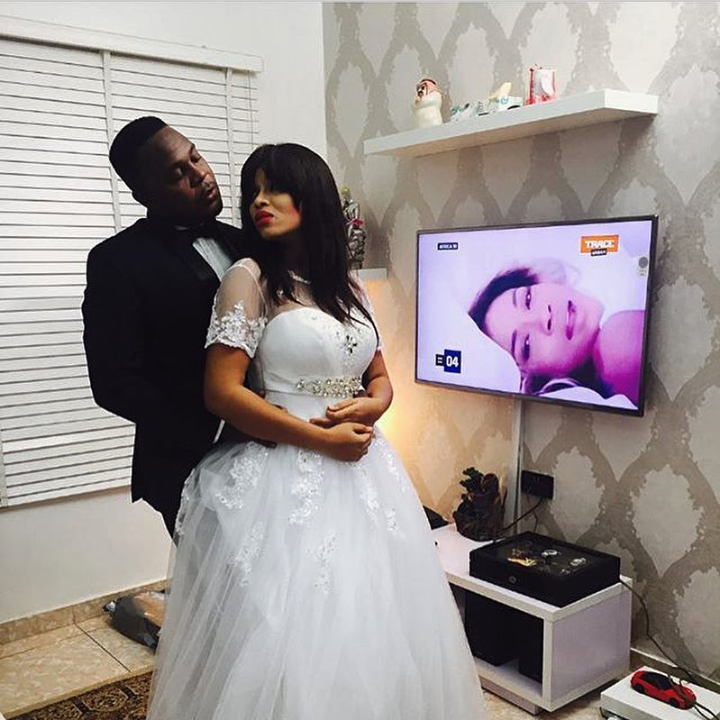 It seems popular actor, Femi Jacobs is gradually opening up on his rumoured affair with top Nollywood star, Onyii Alex.
With this, then his alleged romance with Rita Dominic has hit the walls.
Femi Jacobs and pretty Onyii will really make a great couple; in movies at least. They both starred in same movie; April, where they played the role of lovely couple. Although the movie would be out in the cinemas in a couple of days but the stars are already giving out hints.
Few months ago, it was reported that the Rita Dominic and Femi Jacobs are deeply in love but chose to keep their romance away from the public eyes.
We hope and pray, Mr. Femi, the lover boy, will pick on any of our pretty divas for a bride- in reality!