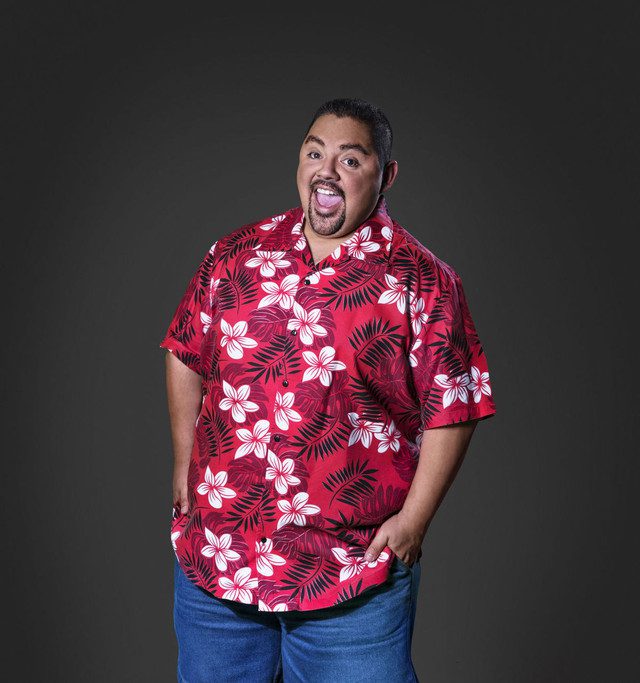 Gabriel Jesus Iglesias is an American comedian, actor, voice actor, writer, and producer. Comically known as Fluffy, he is famous for his shows ‘Hot & Fluffy’ and ‘I’m Not Fat… I’m Fluffy’.

GABRIEL IGLESIAS BIOGRAPHY
Gabriel Iglesias is one of America’s most successful stand-up comedians performing at sold-out concerts around the world. Iglesias was featured in The Hollywood Reporter’s Top 40 Comedy Players of 2018 issue alongside comedy giants Jerry Seinfeld, Chris Rock, and Lorne Michaels. Unlike many in the stand-up world, Iglesias’ globally appealing comedy stays mostly clean and his non-controversial material appeals to audiences of all ages and walks of life. Iglesias has also had the distinct honor of being one of the few to headline and sell out Madison Square Garden, Staples Center, and The Sydney Opera House. He is also one of the most watched comedians on YouTube with over 370,000,000 views and over 14 million followers across social media.

Iglesias is slated to begin production as star and executive producer of Netflix’s upcoming multi-cam television series Mr. Iglesias. Iglesias plays a good-natured public high school teacher who works at his alma mater. He takes on teaching gifted but misfit kids to not only save them from being “counseled out” by a bully bureaucrat Assistant Principal, but also to help them unlock their full potential. The series will have 10 half-hour episodes. In addition, Iglesias has signed on for 2 new comedy specials to be released on Netflix, one will be taped during his current “One Show Fits All” world tour.

Iglesias weighed 445 pounds and was informed by the doctors that this could be fatal. By doing Diamond Dallas Page Yoga and cutting carbohydrates from his diet, he lost above 100 pounds.

He has Type II Diabetes and lives in Whittier, California. Gabriel Iglesias is presently single. But, he was in a relationship with Claudia Valdez.

GABRIEL IGLESIAS EDUCATION
Set at Woodrow Wilson High School in Long Beach, from which Iglesias graduated in 1994, the sitcom was filmed in front of a live audience and stars the comedian Gabe Iglesias, a good-natured high school teacher and recovering alcoholic who works at his alma mater.
Along with co-stars Sherri Shepherd (“30 Rock”) as Principal Paula Madison, Iglesias and his fellow educators teach a group of smart but often disinterested students while paying homage to Long Beach with a set that includes a very realistic recreation of his old high school.  Season two sees the addition of Roxanne’s, a real-life Long Beach restaurant and lounge — and one of Iglesias’ favorite local hangouts — that has been replicated on the set of his show.

GABRIEL IGLESIAS CAREER
Gabriel Iglesias began his comedy career in the year 1997, against the wishes of his mother. He first appeared on television in 2000, on the Nickelodeon comedy series ‘All That’. This was followed by his shows Premium Blend’ and ‘My Wife and Kids. In 2002, Iglesias did a short film named ‘Entre vivos y plebeyos’. Then from 2003 to 2006, he did a number of projects including ‘El Matador’, ‘Days of Santiago’, ‘The Surfer King’, ‘Comedy Central Presents, ‘Last Comic Standing, and ‘The Emperor’s New School.

Then he voiced an entire Mexican family in the episode named ‘Padre de Familia’ of Fox TV’s animated series ‘Family Guy’ in 2007. The same year, he hosted ‘Live at Gotham’ and also gave a stand-up performance in ‘Hot and Fluffy’. After this, Iglesias’ DVD of the show ‘I’m Not Fat… I’m Fluffy’ was released by Comedy Central in 2009. Two years later, the American comedian’s other show ‘Gabriel Iglesias Presents Stand Up Revolution’ premiered.

From 2012 to 2014, Iglesias did numerous films and shows, such as ‘The High Fructose Adventures of Annoying Orange, ‘Magic Mike’, ‘Planes’, ‘The Nut Job’, ‘A Haunted House 2’, ‘The Fluffy Movie, ‘The Book of Life, and ‘Aloha Fluffy’. In 2014, he was also cast in the recurring role of Alberto in ABC’s ‘Cristela’. After this, he did the movie Magic Mike’s sequel ‘Magic Mike XXL’ and the show ‘Fluffy Breaks Even. Then in 2016, the comedian appeared in the TV shows ‘WWE SmackDown’ and ‘WWE Tribute to the Troops’ and also contributed to the films El Americano: The Movie and ‘Gabriel Iglesias: I’m Sorry For What I Said While I Was Hungry. Iglesias also appeared in the animated movies Smurfs: The Lost Village’ and ‘The Nut Job 2’. 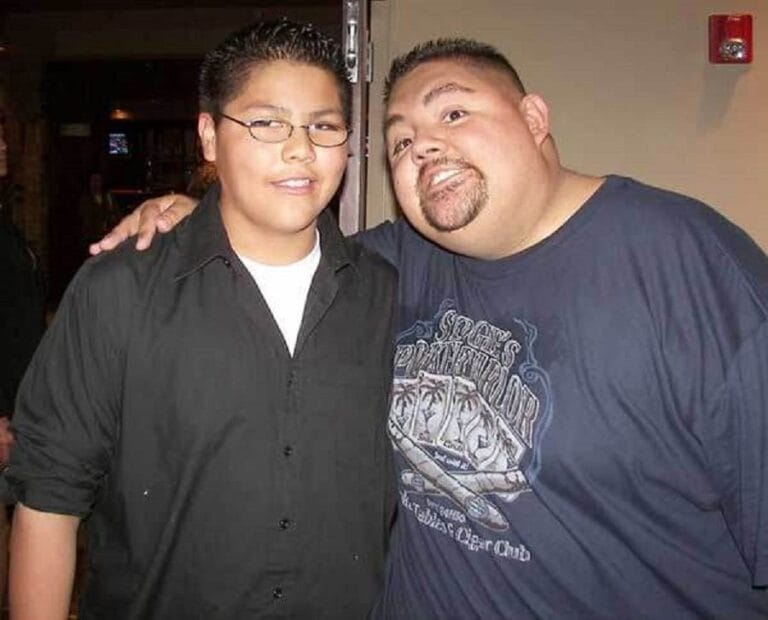 As of 2010, Iglesias lives in Whittier, California. He was in a long-term relationship with Claudia Valdez, with whom he has a stepson named Frankie. According to a June 2020 People article, he separated from Valdez in 2017, which led him to cancel some performances and quit drinking for two years. Despite the breakup, he still maintains a close relationship with Frankie, whom he helped raise.

In The Fluffy Movie, Iglesias describes how at his heaviest, which he states was 445 pounds (202 kilograms), he was diagnosed with Type II Diabetes, and with his blood sugar spiking to over 300 mg/dl (16.6 mmol/L) regularly, was given two years to live by his doctor. He said the shock of being told he had two years to live prompted him to reevaluate how he took care of himself and explained that he decided to lose weight in order to ensure his continued presence in the lives of his family. Iglesias described the struggle to incorporate a healthier lifestyle, relating how he was told by a specialist that his heavy touring schedule precluded him from being a candidate for bariatric surgery, and how he resorted instead to weight-lifting, Diamond Dallas Page Yoga, and a high-protein, low-carbohydrate diet, which helped him shed over 100 pounds (45 kilograms). Iglesias has also struggled with depression and alcohol use disorder, which he attributes partly to burnout from his heavy touring schedule.

On July 15, 2021, on his 45th birthday, Iglesias tested positive for COVID-19 and canceled his remaining shows at the Tobin Center for the Performing Arts as well as the taping of his upcoming comedy special.

GABRIEL IGLESIAS NETWORTH
His net worth is around $45 million as of 2022. He made his fortune from all the shows he appeared in. he also has given his voice in many Shows