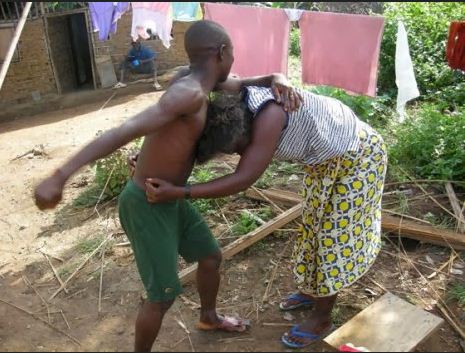 Marriage sometimes are saved by consideration of the children and the long years of having stayed together. However in the case of a middle -aged woman, 13 years and three kids were not enough to make her change her mind to walk out of her marriage.
Inside a Grade A Customary Court, Igando, Lagos State, she argued strongly for her over a decade union to be dissolved.

She anchored her argument on safety consideration, claiming that her life is at risk, and telling the court that her husband was trying to get rid of her with a voodoo broom.

The native of Ijebu-Isan in Ogun State narrated how it all started. “For the past few months, my home has been a war-front! My husband has been on my neck to take over my property. My husband started trailing me around, calling me a prostitute after he requested to take over the ownership of my landed property which I declined. Afterward, I told him that I wanted the document of my house to bear the names of our children, but he objected and insisted that it must bear his own name.

Ever since I said no to that, he has being tormenting and blackmailing me everywhere he goes.
More often than not, he had stormed my office telling my colleagues that I am a prostitute and calling me so many unprintable names.
Recently, I started seeing brooms everywhere inside our bedroom and each time I see these brooms I will pick them up, so when it became too much I had to ask him where they were coming from. I was shocked when he bluntly  warned me never to remove those brooms again.”
When she could no longer understand her husband’s sudden fetish inclination, she packed out of their home. “Since March I have being away from home and my children have been with my mother” the court heard from her.

Furthermore, she told the court the story of how she has been the only one fending for her children without her husband showing any concern about the welfare of the kids, let alone care for her, his wife. She therefore prayed the court to prevail on her husband to assume his responsibilities as the head of the family.
“I have being shouldering the responsibility of paying for the school fees of the kids all alone,” she lamented and further affirmed that various effort to make him change including reporting him to his family members did not yield any positive result.

However, her husband was not present in court to defend himself from all the allegations leveled against him by his wife. Consequently, the case was adjourned to a later date to enable the court serve him another paper.