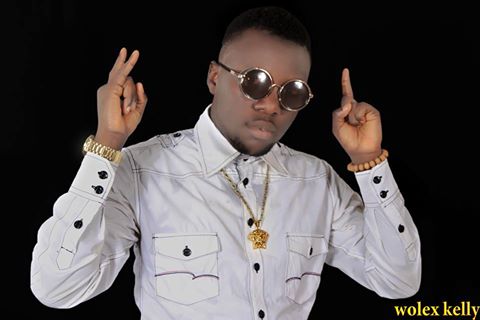 Have you been listening and gyrating to some of his good musics, but don’t know much about him , here is a an exclusive interview session with a fast raising singer, Wolex Kelly. Enjoy!
Could you please tell us your name and what you do?
My name is Oluwole Kelly, My stage name is Wolex Kelly( aka Actor, aka Olu-omo)  Am a  Song writer, performing and recording  artist. …..continue

What prompted your style of music, and what inspired you to choose that kind of music?
Everything around me do inspire me to sing, all i want is my fans should understand what am saying with my lyrics.

Could you please tell us your educational background?
I went to primary school and secondary school before i had an opportunity to study banking and finance in University of Ado Ekiti, now Ekiti state university, Ekiti State. I studied acting at The pencil Films Television and Institute lagos (PEFTI) in year 2007. And in the Year 2008, i studied Radio and Television presentation in other private institute in Ibadan, Oyo state.


At what point did you decide to start singing and for how long have you been singing?
Hmmmmm.. I went into music professionally in the year 2009, after i have done some soundtracks for Nigerian movies. I have been in music for good six years professionally.


Are in any recording deal?
No for now, but i have a management company, 15/4 Entertainment.


Have you released any album yet?
No, but i have singles on air.

So far, how many singles have you released and where can people find your songs on the internet?
Hmm..   I have five singles on air now.  I have Alujo, Fowosaye, Koye, Hustler ni mi and the latest single OluOmo.  All my songs is available on www.iroking.com & Olu Omo on Goldenpearlmedia.  Iroking company is my official online promoter, 15/4 Entertainment team is also working on Golden pearl media as part of its official online promoter.

Have you done any collabo with any popular musician yet?
Not yet.


When should we expect an album from you?
Very soon by God grace.

What inspired you to do Alujo, Fowosaye and Olu Omo track?
I did Alujo because everybody want dance-able track. Fowosaye it a prayer song, i wrote it due to situation of our economy. Oluomo is a prayer song too, situation around me inspired me to do the song and i thank God it now an anthem everywhere.

What should your fans expect from you this year?
Many things, i will drop videos soon, new singles, new collaboration. All i want is more of there support now because i have a lot to deliver.