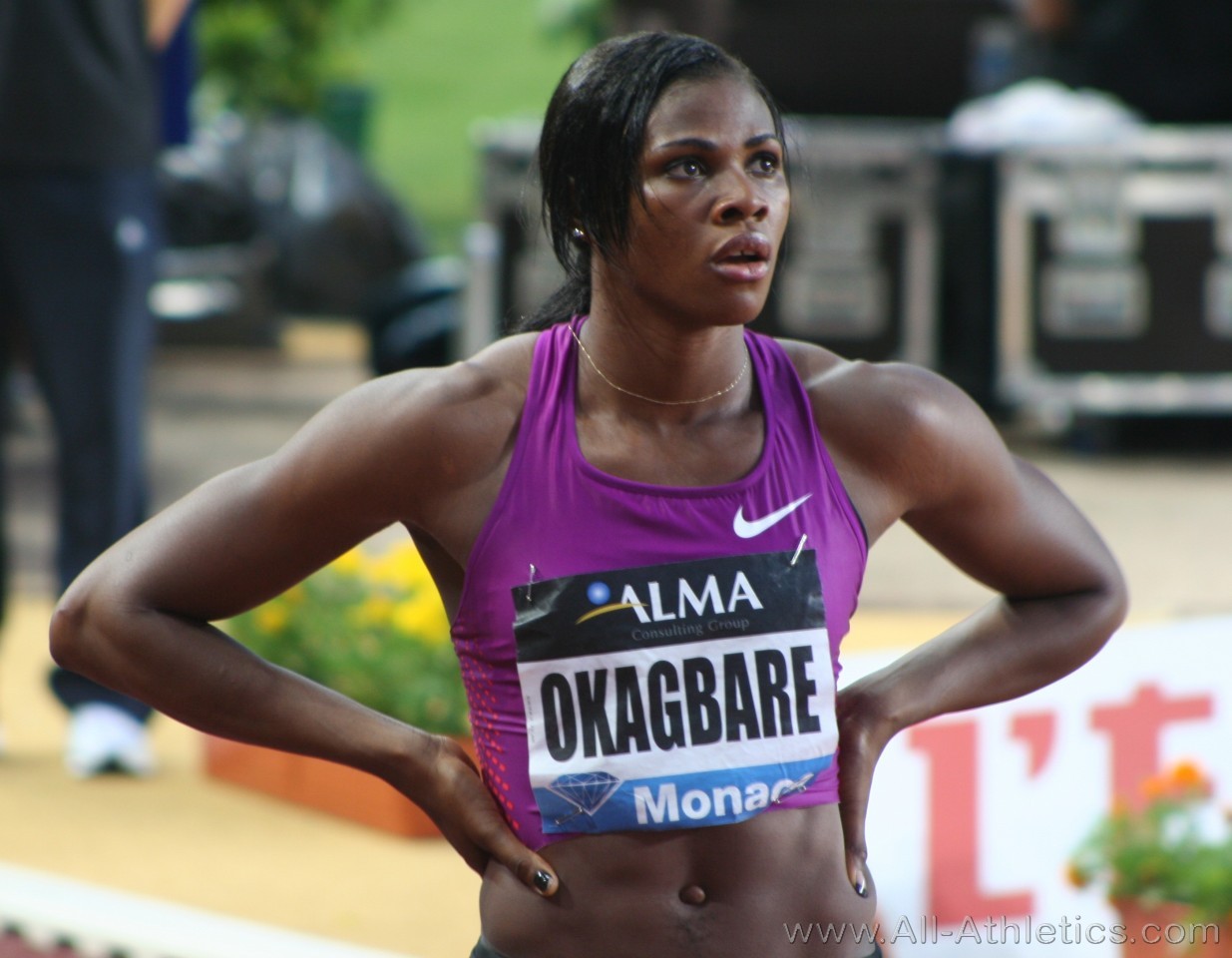 It has been widely reported that African and Commonwealth 100 and 200 metres champion, Blessing Okagbare has been banned by the National Sports Commission (NSC), from the Rio 2016 Olympic Games.
It was further gathered that her ban was as a result of her refusal to run for Nigeria in the 200m event at the just concluded IAAF World Championship in Beijing, China, as well as opting out of Team Nigeria to the ongoing All Africa Games in Congo.
According to Director General of the NSC, Al Hassan Yakmut, Okagbare had shown so much disrespect for the nation, therefore doesn’t deserve to represent Nigeria in the forth-coming Olympic Games.“I was shocked when I saw Okagbare competing in the Diamond League in Zurich last Thursday,” Yakmut said. “I was wondering if it was the same Okagbare who refused to compete for Nigeria in the 200m event at the IAAF World Championship in Beijing, China. She even opted out of Team Nigeria for the All Africa Games in Congo. Why?“I have said it times without number that any athlete who feels too big to compete for Nigeria in the All Africa Games should not bother about the Rio 2016 Olympic Games. No athlete is bigger than Nigeria. I played volleyball for this country, so there is nothing an athlete will tell me about sports.Tell me what countries like Zimbabwe, Kenya, Uganda and South Africa is doing for their athletes that Nigeria is not doing? If there is a problem, we should sit down to iron it out, instead of rubbishing our country before the international community. We have to take a stand to save our nation from athletes who feel they are untouchable,” an angry Yakmut told Guardian.However, it would be recalled that Okagbare, who was Team Nigeria’s medal hope at the IAAF Championship in Beijing, finished last in the 100m final, and also failed to show up for the 200m event four days later but raced in last Thursday’s Diamond League in Zurich, clocking 10.98 seconds to finish second behind Jamaica’s Fraser-Pryce, who ran 10.93 seconds.