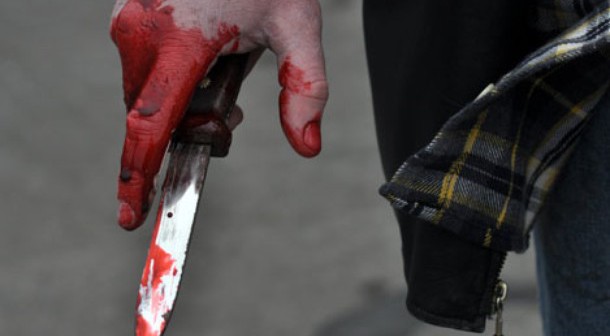 A man with known psychiatric problems stabbed a 19-year-old girl three times in western France on Tuesday, telling police he had heard voices ordering him to make a “sacrifice” for Ramadan, the Rennes prosecutor said.
The attack came a day after a jihadist killed a French police couple in a small town near Paris, in a stabbing inspired by the Islamic State group. “Voices told him that he had to make a sacrifice on the occasion of Ramadan,” the holy Muslim fasting month that began on June 6, prosecutor Nicolas Jacquet told AFP.
The 32-year-old man was immediately assessed by a doctor and sent to a psychiatric hospital after stabbing the girl twice in the wrist and once in the abdomen, Jacquet said, adding that the teenager’s wounds are not life-threatening.
The assailant told a witness that he was Muslim before handing over the knife after the attack, Jacquet said. The man had been in and out of psychiatric wards several times, the prosecutor said, adding that he told investigators he was being treated for schizophrenia and was supposed to receive an injection on Tuesday. An investigation has been opened into attempted murder.
Recall that some weeks back an 72 year old grandma was killed in Northern Nigeria by Muslims over alleged blasphemy. While a Christian carpenter in the North too almost lost his life for eating while the Muslim fasted.