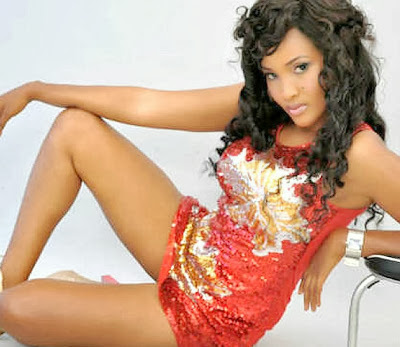 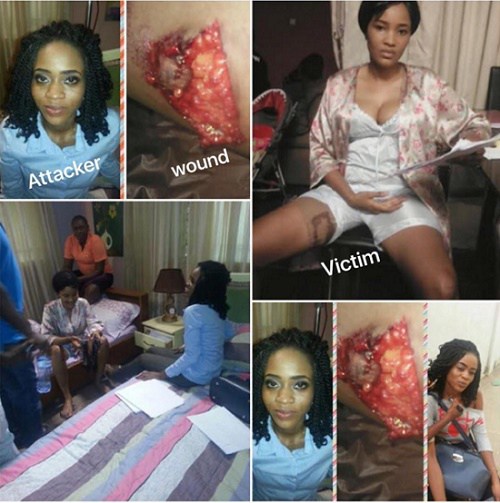 The incident happened precisely on Friday, February 12, 2016, on set of the movie ‘Behind the Smile,” at Iyana Ipaja, Lagos.

Following her accusations, Goddy claimed that she gave her colleague the ‘vampire cut’ in self defense.

In a recent interview, Princess talks about how she recovered from the attack, her fear for marriage, rumoured affair with ex-president Olusegun Obasanjo and lots more… 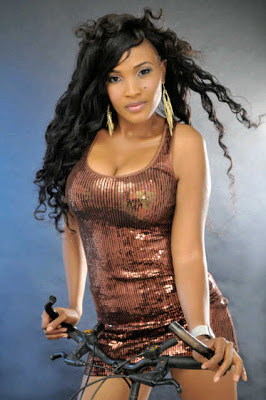 After the bite incident, what has been happening to you?
Nothing much. I took a break to take care of myself, now i have fully recovered and ready to have my groove back on.
Princess is back and back for good. I’m 100 percent alright now. I have healed emotionally, mentally and otherwise.

What’s up with the case at the moment?
Left for me, i would have left it for God to handle, because i believe this is not ordinary. in my whole life, i have never heard that someone was bitten like that. It was scary.
The police took the case to court, so i’m appearing like a witness. The case is not in my hands anymore.

How did you pull through those trying times?
(Opens her laps). You can see the scars. It was such a huge scar. I never believed such a thing could happen to me. I went through a lot, but that was in February, i have fully recovered and moving on. I was in church all through that period. Friends, family, colleagues were all there for me too.

What has that taught you about life?

This whole drama drew me closer to God in a special way. then most importantly, i don’t get close to people anymore. I just learn to keep my distance. Whenever i meet for the first time, i don’t dare come close. i can only wave at them from a far. It makes me more smart, careful and sensitive.

How then do you relate with Chrystabel now?

I don’t have anything to do with her. I don’t know her from anywhere before, so i don’t expect to relate with her in any way.

What if you come on another set and meet her there, what would you do?
(laughs). Honestly, i don’t look forward to that. Not at all.

How has this year been for you?
This year wasn’t exactly how i planned it. But whenever there seem to be a problem, there is always a blessing around the corner. I believe God is still working his wonders in my life. I believe that the forth-coming months would be a lot better.

You are a very pretty lady, ripe for marriage, is Mr. Right around the corner?
(Thinks for a while). No!

How come it took you a while to arrive at that answer?
Of course, i know it would lead to other personal questions. So to be on the safe side, let me just say No’ to save us the stress.

How then do you cope as a single lady, especially the cold nights?
(laughs). I sleep with my blanket, that’s all.

Whats your ideal man?
For a good start, i am so scared of marriage. so my ideal man is that very man that can convince me on the reasons i should get married to him. He should be able to tell me why i should spend the rest of my life with him.

Why are you so scared of marriage?
My dear, these days, you see people getting married today, tomorrow, they are apart and i keep asking myself what happened to the love they shared while dating. The worse part is that once they break up, they take to social media to wash their dirty linens in public, which is very bad. It hurts me a lot.

Do you see yourself marrying an actor tomorrow?
I have never thought of that. but for now, i don’t think so. The job is hectic, so i wouldn’t want anything that would jeopardize my marriage.

What if that’s the only condition for you to get married to him?
No na! why would he condition me? if he loves me enough, he should be with me, support me in my job. Well, i can agree to give a break, have kids, raise them and then bounce back. 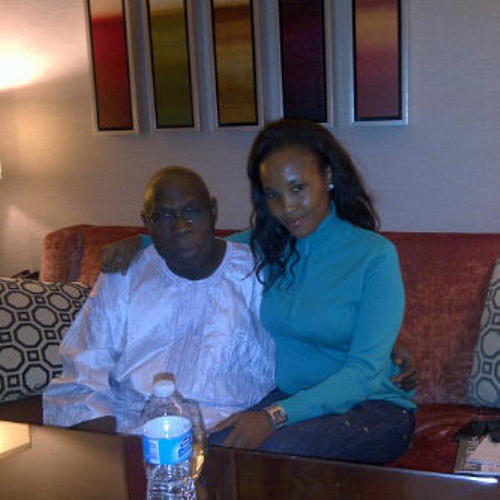 We hear you once had an affair with ex-president Olusegun Obasanjo, is that true?
I was in New-York, i went to do something for the United Nations, the event was graced by different Presidents from different countries. The ex-president was there too, so for crying out loud, i had to work with him. We took lots of pictures together, but it wasn’t just me. Some other people took pictures with him too. I wonder why people came up with such stories.
Well, its okay, it is part of the Showbiz, people would always talk. So, let them keep talking.

Will you ever consider marrying a sugar daddy; a man much older than you are?
Hmmmm No! I don’t think so. The youthful exorbitance might make you want more and that’s the beginning of a big problem.