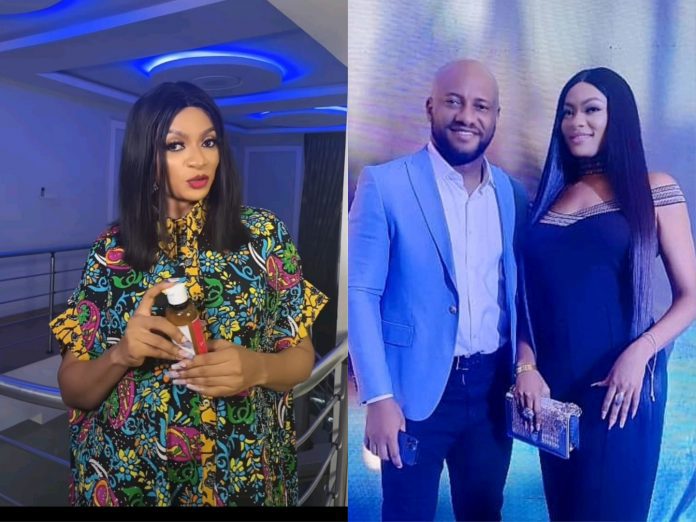 A few months after Yul Edochie an actor, producer and director, publicly confirmed the rumour that he got his colleague, Judy Austin pregnant and married her as well, his first wife, May Edochie has yanked off their wedding band.

The business woman turned brand Influencer posted a video of herself marketing a brand and fans could easily spot the mother of four consciously flaunting her bare fingers.

Yul Edochie who is married to May Edochie with 4 lovely kids (3 boys and a girl) welcomed a bouncing baby with his colleague turned second wife, Judith Austin in 2021.

However, reacting to the news which spread like wildfire then, Yul Edochie asked his critics to concentrate on his several other achievements and leave his private life alone.

“It’s time for the world to meet my son.
His name is STAR DIKE MUNACHIMSO YUL-EDOCHIE.
Born by my second wife @judyaustin1
And I love him so much, just as much as I love my other children” he wrote on Instagram.

Yul Edochie and Judy Austin had been a pair for a while now, as he always directs movies she produce.

It was during one of their shoots that their relationship kicked off, one thing led to another Judy Austin became pregnant and had the baby boy last year