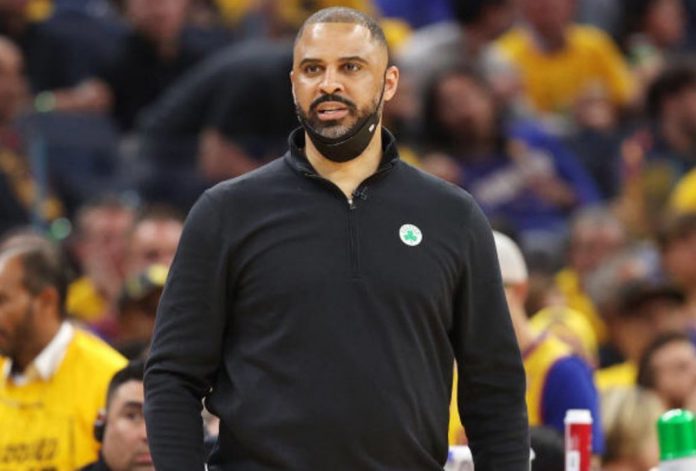 Boston Celtics coach, Ime Udoka, is facing disciplinary action expected to include a significant suspension for his role in a consensual, intimate relationship with a woman who is a member of the franchise’s staff, ESPN is reporting.

According to The Athletic’s Shams Charania, Udoka’s misconduct involved an “improper intimate and consensual relationship” with a woman who was on the Celtics’ staff. The relationship was considered a violation of the organization’s guidelines, and a decision on the length of that suspension is expected to come as soon as Thursday, sources said.

While no final decision has been made, internal discussions have included scenarios that would keep Udoka out for the entirety of the 2022-23 season, sources said. It isn’t believed that Udoka’s job is in jeopardy.