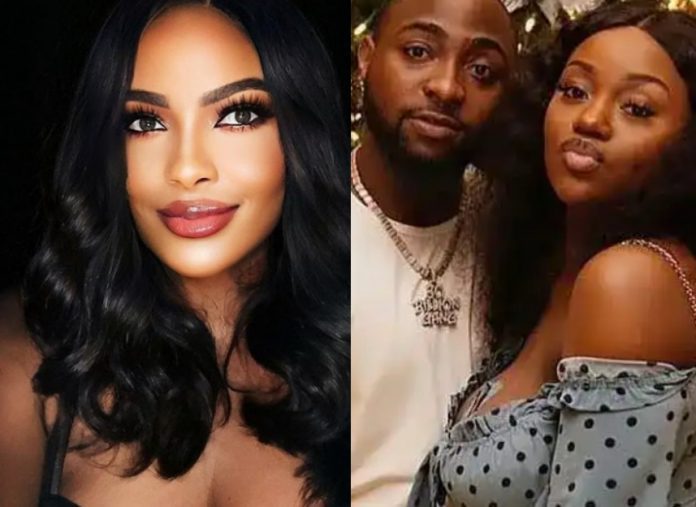 Nollywood actress, Sonia Ogiri has begged popstar singer, Davido, to put an end to his lifestyle of having multiple babymamas.

Pearlsnews recalled that in September 2019, Davido proposed to Chioma during a dinner date in a restaurant in London.

Though their relationship ended halfway but, they keep an harmonized relationship because of their son, Ifeanyi.

It was recently confirmed that Davido, who already has three babymamas, has a fourth child with a UK-based makeup artist, Larissa London.

Reacting to this, Sonia took to her Instastory to share her opinion stating that Davido would have gone ahead to marry Chioma if she didn’t get pregnant.

“Who else is thinking what I’m thinking? After seeing Davido’ 4th child, is high time we pray for his marriage. My love for him is incomparable to another hence I tag him my best artist in the world.

Please Davido, no more baby mama, if you won’t settle with Chi who we’ve been praying for, we will be so happy for you to take your first love, Sophia.

I don’t know who advised Chi to join the babymama tableafter the much love he showed publicly which we all saw clearly how he was ready to marry her, not getting pregnant in the midst of that hot love woild have made them end up together by now, you know when e dey hot hot, I feel so bad for that situation each time they cross my mind. 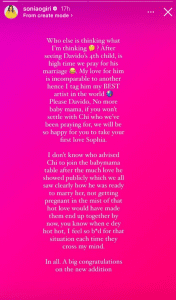