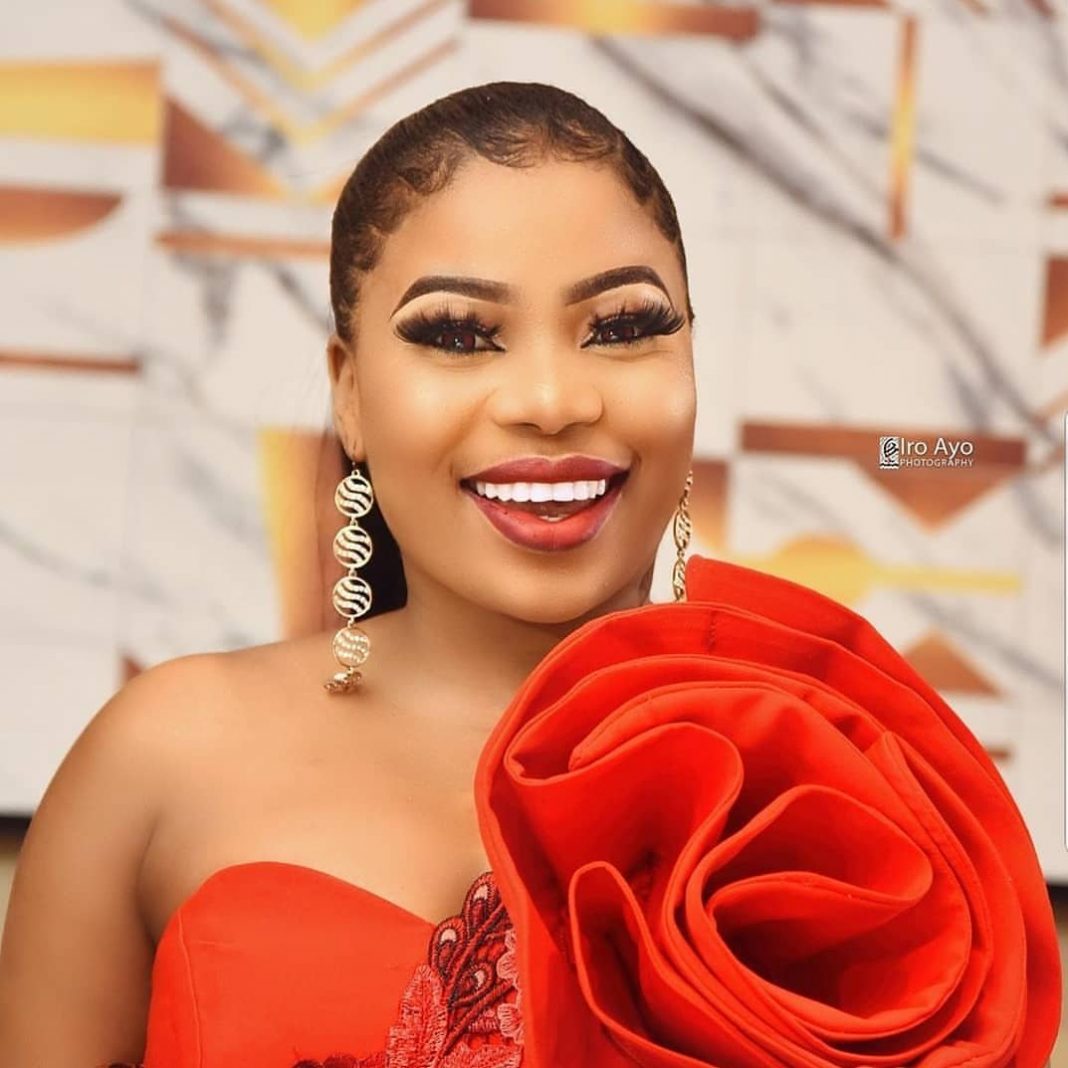 Oluwaseyi Edun Biography: Seyi Edun is currently one of the most sorts after talent in the entertainment industry, and her rise to fame has come with a lot of hard work.

The beautiful screen diva has been featuring in blockbuster movies, and many fans have continued to wonder about how she made it to the top.

This article will shed light on Oluwaseyi Edun biography, net worth and marriage.

Oluwaseyi Edun hails from Ayetoro Egbado in Ogun state but was born and bred in Lagos State.

She attended Tunyo nursery and primary school before proceeding to the Anglican Girls Grammar School in Surulere, Lagos, for her secondary education

Upon completing her secondary school education, Seyi gained admission to Olabisi Onabanjo University, where she bagged a degree in 2011.

Seyi Edun’s career in the movie industry started in 2009. She joined the industry through her younger sister, who is a scriptwriter.

That same year, Seyi Edun was enrolled under Wisdom Caucus as an apprentice, and she graduated in 2011, after which she focused on acting entirely.

Seyi Edun appeared in her first movie in 2011 and the movie which was titled, “Eja Nla”. Her sister produced the film.

She has been featuring in different projects since then, but she recently admitted that her most challenging role was in the movie “Ogo Olorun”.

The actress revealed that she often produces massively because it saves her cost and makes the work easier. But she does post-production one after the other with the help of social media and her marketer.

ALSO READ  Why I left my first marriage - Monalisa Chinda

Currently, Seyi is the founder of Shaiworld Entertainment.

Seyi Edun has featured in many movies but below are list of the projects she has made an appearance.

Seyi Edun got married to actor, Niyi Johnson, who happens to be the ex-husband of Toyin Aimakhu in 2018.

Rumors had it that Seyi and Niyi had been in an on-going affair that led to the separation between Johnson and Abraham.

However, the star actress denied such claims by insisting she she met Adeniyi as a single man and their friendship blossomed into something special.

Seyi Edun greatest controversy in the entertainment industry was when she was rumoured to be dating Niyi Johnson.

The actress denied the relationship for a long time before she finally accepted that something was going on between them.

Seyi Edun’s was left at a crossroad some time ago when she was congratulated in an interview with regards to her engagement to Niyi Johnson.

She denied the story and despite that the
interviewer revealed that it was also said that she was pregnant for Niyi Johnson, her answer was no.

Reacting to the story, Seyi stated that the rumour began when they visited one Prophetess Olubori who is Niyi’s spiritual mother and has also become her spiritual mother.

According to Seyi, the prophetess invited them to the mountain for crossover night for three days vigil.

During the first Sunday of the year service on the mountain, Niyi had a testimony and during the thanksgiving she was there to celebrate with him. That was how the rumour started.

In fact, someone claimed that the Prophetess had called them her “favourite couple’ although the actress revealed nothing like that happened.

Seyi Edun has joined the list of top personalities in the entertainment industry who has a side hustle to sustain themselves.

The beautiful screen diva is into buying and selling as she sells materials like Atiku lace and others.

Seyi Edun has become a regular face in the Yoruba movie industry, rated one of the richest and most influential with a net worth of about $300,000 dollars.

“Leave me alone” – BBNaija star, Omashola slam fans pressurizing him to get married

I am struggling vocally- Waje speaks out