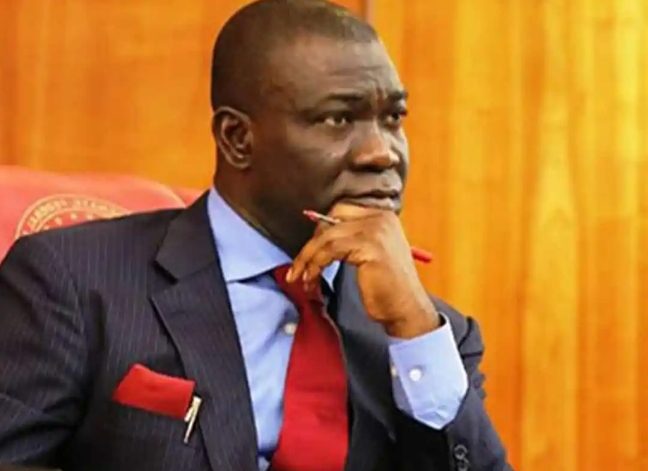 A federal high court sitting in Abuja has fixed a date to rule on an application filed by an alleged organ harvest victim, David Ukpo, seeking to stop the release of his biodata to a court in London, United Kingdom, in the case involving former Deputy Senate President, Ike Ekweremadu.

Ukpo had through his counsel, Bamidele Igbinedion, asked the court to set aside its July 1 order which permitted the release of his biodata. He stated that the judgment was given in his absence and he should be given a fair hearing as the documents released to the London court were false.

He also claimed that Attorney-General of the Federation had no power under the law to transmit personal and private data of a person to a foreign land.

Ekweremadu however asked the court to dismiss Ukpo’s application as he has no basis to entertain any fear in the release of the information he provided for his visa application and his bank account opening package, except if he had lied about his real age.

Justice Inyang Ekwo fixed December 5 as the date for judgement on the case, after taking arguments from counsels to Ukpo and Ekweremadu.

Ekwo also said both parties in the suit may be recalled for an early date should the ruling be ready before the December 5 date.