Fast-rising music star, Portable has taken to his social media page to shade super star, Davido for unfollowing him on Instagram.

Following their clash in Osun State with both celebrities supporting different parties; Davido for PDP while Portable for APC, Davido unfollowed him.

However, Portable who didn’t find it funny that Davido unfollowed him on IG criticized him for unfollowing him due to their disagreements in the Osun State election.

He made the point that, in contrast to the singer whose father Adedeji Adeleke is one of the richest men in the nation, he made his father and family wealthy.

However, after a quick search on Instagram it confirms that indeed Davido unfollowed Portable. 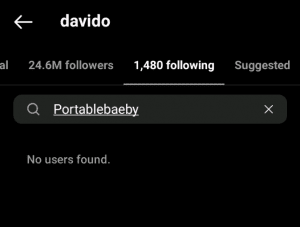 Portable who was obviously upset by this returned the favor. 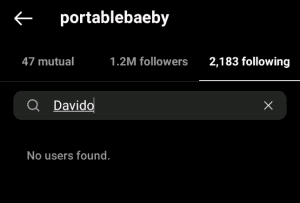