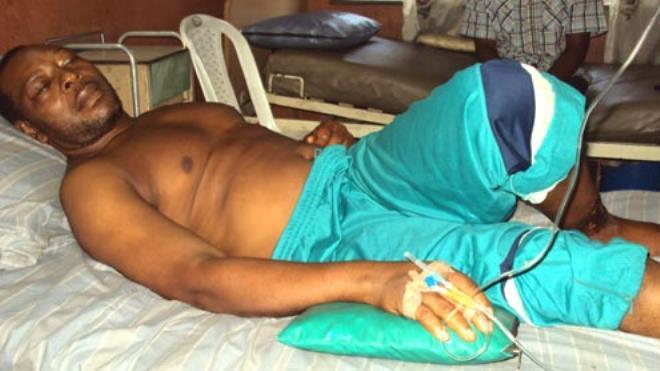 Veteran Nollywood actor, Prince James Uche, is at the verge of losing his life as his health condition deteriorates.
Early in the year it was revealed that the, Mr. Uche who was the former President of the Actors Guild of Nigeria was in a bad state of health.
Right now Prince James Uche is close to death as he is completely blind as he battles high blood pressure, diabetes and kidney failure.
The ailing actor is now at Godspower Hospital, 32 Road, C Close, House 7, Festac Town, Lagos and needs N10m to undergo a Kidney transplant and eye surgery abroad.
Recall that three years ago, Prince James Uche’s wife and children left him. Shortly after, he was served an eviction notice from his landlord to vacate his residence at 45, Yetunde Brown Street, Gbagada, Lagos.
Despite earlier promises by the AGN led by Ibinabo Fiberesima, the guild has not donated money to the ailing actor.