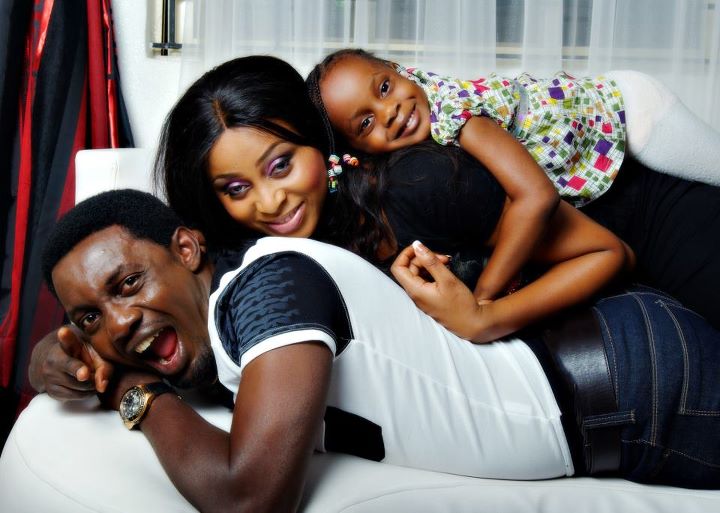 Popular Nigerian comedian, AY Makun has again tried to clear the air on the main reason his wife moved out of their matrimonial home few weeks ago.
AY maintained that it was never a  perceived marital issues but that his lovely wife, Mabel and mother of his beautiful daughter only left home on that fateful day for good reasons.

According to the rib-cracker, he fumigated his house that very day, so his wife left home, but she came back that same day.

AY also noted that some bloggers, got wind of his wife staying out of the house for few days and without inquiring on why she wasn’t home and made a fuss out of it.

The comedian further reaffirmed that he would not only love his wife till his dying days but would stay in marriage all the days of his life”.

Meanwhile, his fans are of the opinion that the AY’s own side of the story is not convincing enough, as his wife, Mabel, also left Instagram when the news of their alleged marital crisis went viral.

However, the couple are back in each other’s arms, enjoying the marriage that is still very young.