Meet Regina daniels a Nollywood actress and a film producer, she is an entrepreneur an ex to somadina Adinma, a wife to Ned Nwoko, and a mother of two, her unique way of acting and age has really brought about her excess fame in the entertainment space.

Meet Regina daniels a Nollywood actress and a film producer, she is an entrepreneur an ex to somadina Adinma, a wife to Ned Nwoko, and a mother of two, her unique way of acting and age has really brought about her excess fame in the entertainment space.

REGINA DANIEL EARLY LIFE
Regina Daniels was born in Lagos on the 10th of October 2000 to Mr. Jude Ojegwu and Rita daniels her mother is also an actor and a producer she was once the chairman of the Actors Guild of Nigeria, Regina grew up in Asaba, Delta state, and join her mother in the acting profession at the young age of seven(7) with her first movie titled marriage of sorrow, she earned ten thousand Naira.

She has five siblings three brothers and two sisters. Her role model while growing up was Angelina Jolie.

REGINA DANIEL EDUCATION
Regina Daniels went to Hollywood International school which is located in Delta state. She then attended Ogbinedion University to further her studies where she read mass communication, she dropped out a year later to pursue a career that is undisclosed in Dubai. 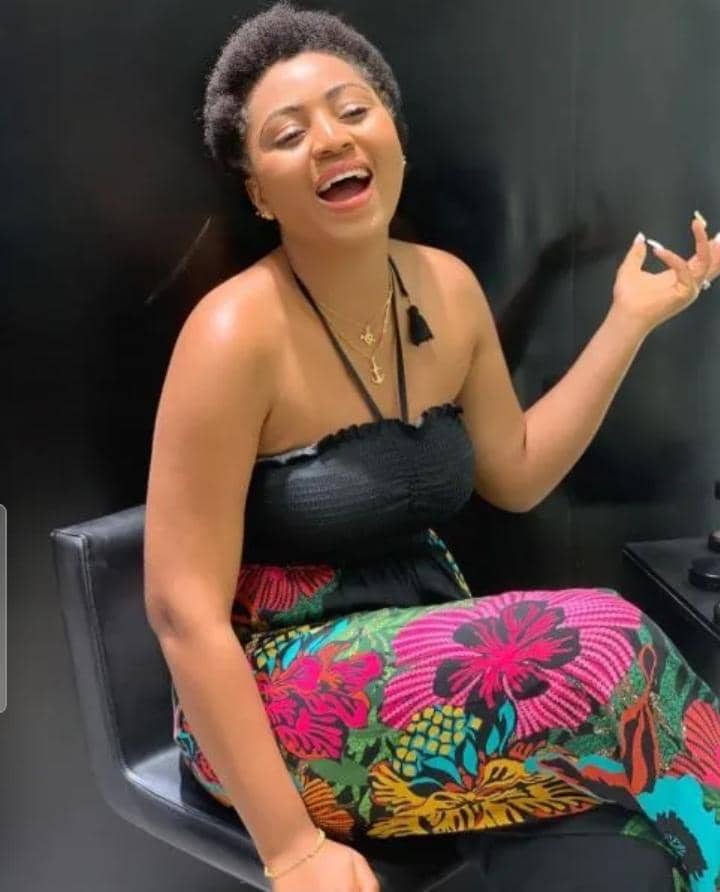 Regina Daniels started acting at the age of seven with the aid of her mother she gradually started going higher in her acting career and has acted in a lot of movies like; Dumebi in school, Shakira (the selfie queen), Python girl, The batman and lots more.

Regina is regarded as one of the most influential Nigerian celebrities. In January 2019, Regina was appointed Atiku Abubakar’s youth campaign coordinator. In February 2022 Regina Daniels launched a magazine, with content such as; exploits, lifestyle, Celebrity news, entertainment news, Fashion, and the rest. The magazine was named after her “Regina Magazine”

REGINA DANIEL PERSONAL LIFE
Regina Daniels was once a girlfriend to Somadina Adinma their relationship was eye-catching and people loved to see couples together even in films.
Before long the news between Regina Daniels and Ned Nwoko started spreading and it 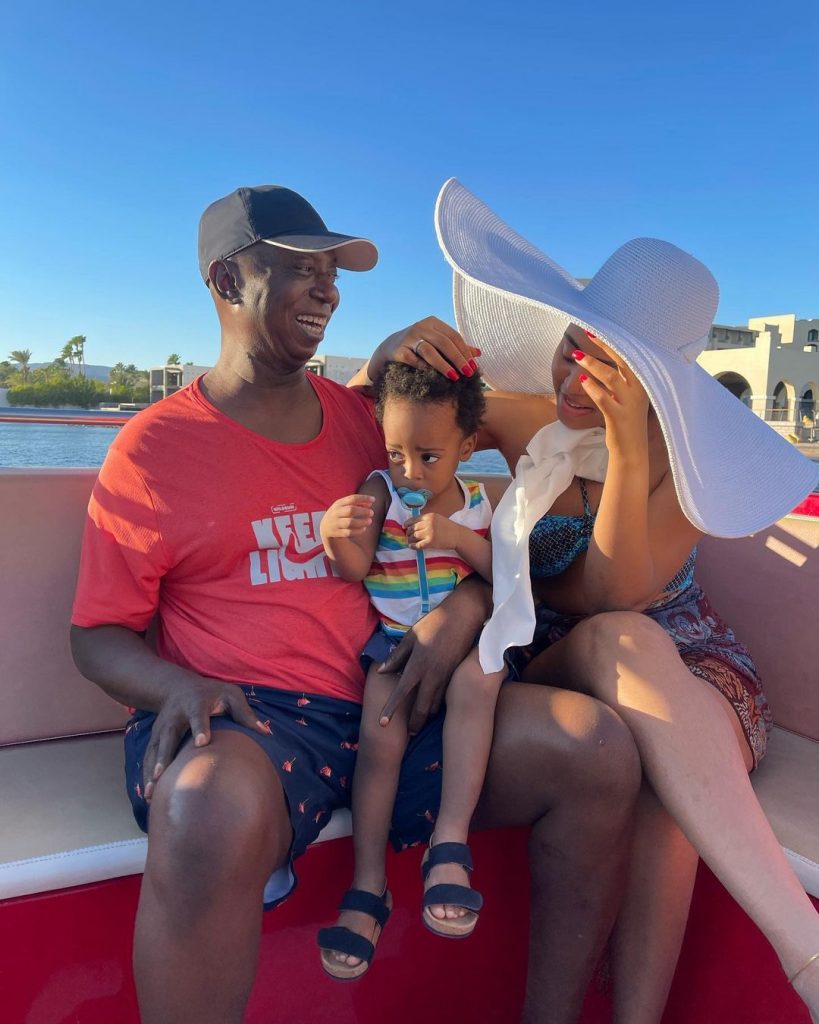 caused an uproar among her fans both haters and lovers, enemies and friends, rumours such as Regina used charms to get Ned started going around, and people started calling her gold digger as the age gap between her and Ned is 38 years and people didn’t support the marriage especially since the beautiful Regina left handsome somadina for an Old man. Soon we could see how much she is enjoying her marriage even as a Second wife and at 22.

Now Regina has two children both coincidentally born on the same day 29th of June. People believe that Regina Daniels’s family supported her marriage to Ned because of his wealth. Hence her husband’s money and fame have helped increase her net worth.

You can connect with Regina Daniels on the following social media platforms; 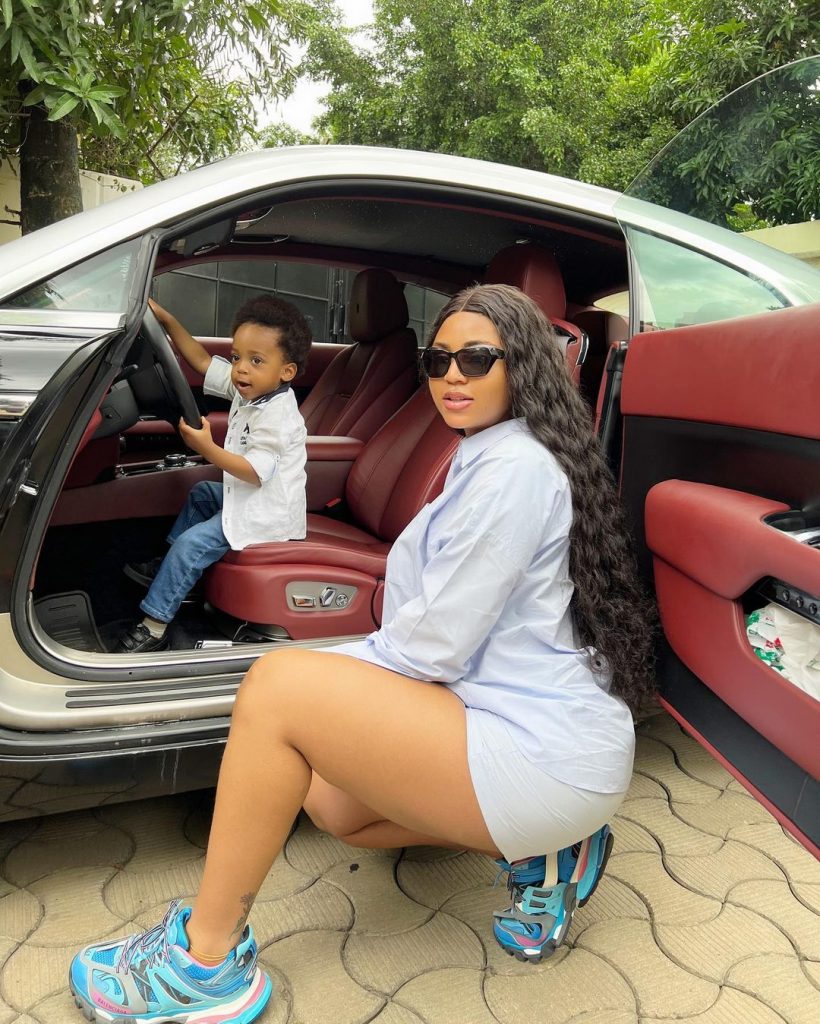 Based on Regina Daniel’s current earnings and income information, her net worth is estimated at $ 2,5000,000