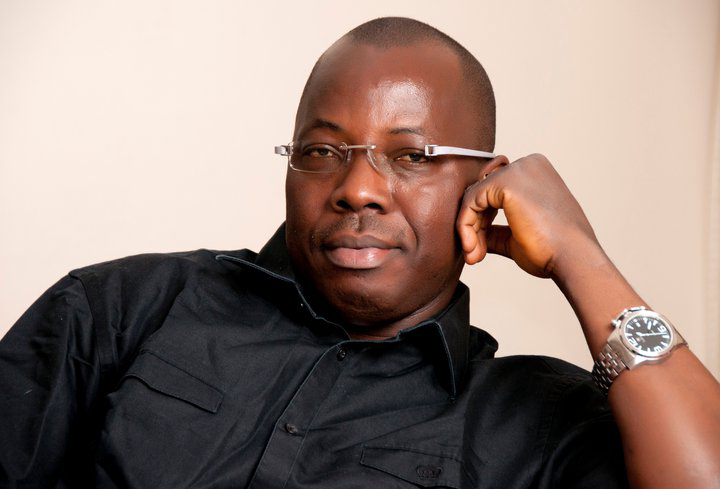 Respected Abuja-based senior lawyer and social crusader, Barrister Sam Kargbo now writes every Wednesday for your soar-away and leading online newspaper, DAYLIGHT (www.daylight.ng).
Cerebral and celebrated Kargbo, whose column, Uncle Sam’s View, will make its debut this Wednesday, January 27, on DAYLIGHT, is coming on board with a very rich and intimidating resume as a lawyer and columnist of repute.

In a signed statement made available to the media today, Monday, January 25, the elated editor-in-chief and publisher of DAYLIGHT, Mr. Azuh Amatus, stated that Sam Kargbo’s coming on board as one of the brilliant columnists of the daily online newspaper is a huge plus to the publication, its readers, advertisers and the general public.
“Sincerely, we are delighted to have Barrister Sam Kargbo on board as our newest and latest columnist.On behalf of the board and editors of DAYLIGHT, I want to personally thank and welcome him into our great and focused family.
He is among the few Nigerian columnists that I respect and admire profoundly.Alongside millions of our readers I cannot wait to read his incisive, intelligent, bold, daring, very analytical and robust topical contributions every Wednesday under the column, Uncle Sam’s View, “Azuh added.
Interestingly, the University of Benin trained lawyer and philanthropist extraordinaire who is fondly called Uncle Sam, is also a proud member of the DAYLIGHT Newspaper advisory board and its in-house legal adviser.Meanwhile, other famous and respected columnists writing for DAYLIGHT include: Pastor Sam Adelaja, Rev. Fr. Chijioke Azuawusiefe (USA), Zik Zulu-Okafor, Fidelis Duker, Charles Inojie, Amara Blessing Nwosu and several others. More on Sam Kargbo
Sam Kargbo was educated at the University of Benin where he obtained his LL.B (Second Class Lower Division) Honours Degree in 1990. He is a member of the Nigerian Bar and the International Bar Association. He had his Masters Degree in Law from the Lagos State University in 1996 and taught International Economic Law at the Post Graduate Department of the Faculty of Law of the same University between 2001 and 2008 when he resigned and relocated to Abuja.Sam Kargbo has a thriving Law Practice with functional and well equipped offices in Lagos and Abuja. He has published law articles in Academic and Practicing journals spanning several areas of the law. He was the cofounder of the Negotiation and Conflict Management Group, the body that pioneered and mainstreamed Alternative Dispute Resolution (ADR) in Nigeria. He has been a newspaper columnist and member of the editorial Board of the Daily Independent since 2003.An avid reader and prolific writer, Sam Kargbo consults for and advises many national and international companies in Nigeria.Sam Kargbo was Senior Special Assistant to the Minister of the Federal Capital Territory Administration, Senator Muhammad Adamu Aliero, between 2008 and 2010. He was a member of Consultants that annotated the Laws of Delta State.Sam Kargbo is presently the Principal Partner of Jackson, Kargbo & Associates with offices in Lagos and Abuja.Sam Kargbo is married to Stella Samuel Kargbo with whom he has two sets of twins.Sam Kargbo is a social crusader and philanthropist. He has over the years touched the lives of hundreds of individuals by sponsoring their education from secondary school to university and has in the process produced Lawyers, Doctors, Engineers, Journalists, Broadcasters and Writers. Because of this and his contributions to his Alma mater, Sam Kargbo was recognized and inducted as a Distinguished Alumnus by the University of Benin Alumni Association in 2005. Sam Kargbo is a recipient of many national and local awards.Sam Kargbo is a co-owner of Crescent Hall School, Ikeja GRA, Lagos and the founder of Sam Kargbo Productions- a Movie making Company and Record Label.  In the year 2000, he adopted three young men from the Oru Refugee Camp as his children and financed their music career. By 2007, the young men whose musical band is called X-Project, became a household name in Nigeria with their hit song Lori Le. Sam Kargbo has also been behind the musical career of Artists like Safari of One Day e  go better fame, STYL Plus, Azadus and many others.Sam Kargbo is fondly called Uncle Sam because of his dedication to the lives of the needy.