Temilade Openiyi popularly known as TEMS BABY is a Nigerian singer, songwriter, and record producer. She was born in Lagos on July 11th, 1995. She is widely known for her feature on Wizkid’s single, “Essence”, which reached the top ten of the Hot 100 after a reworked version that has an additional feature from Justin Bieber and earned her a Grammy award nomination. 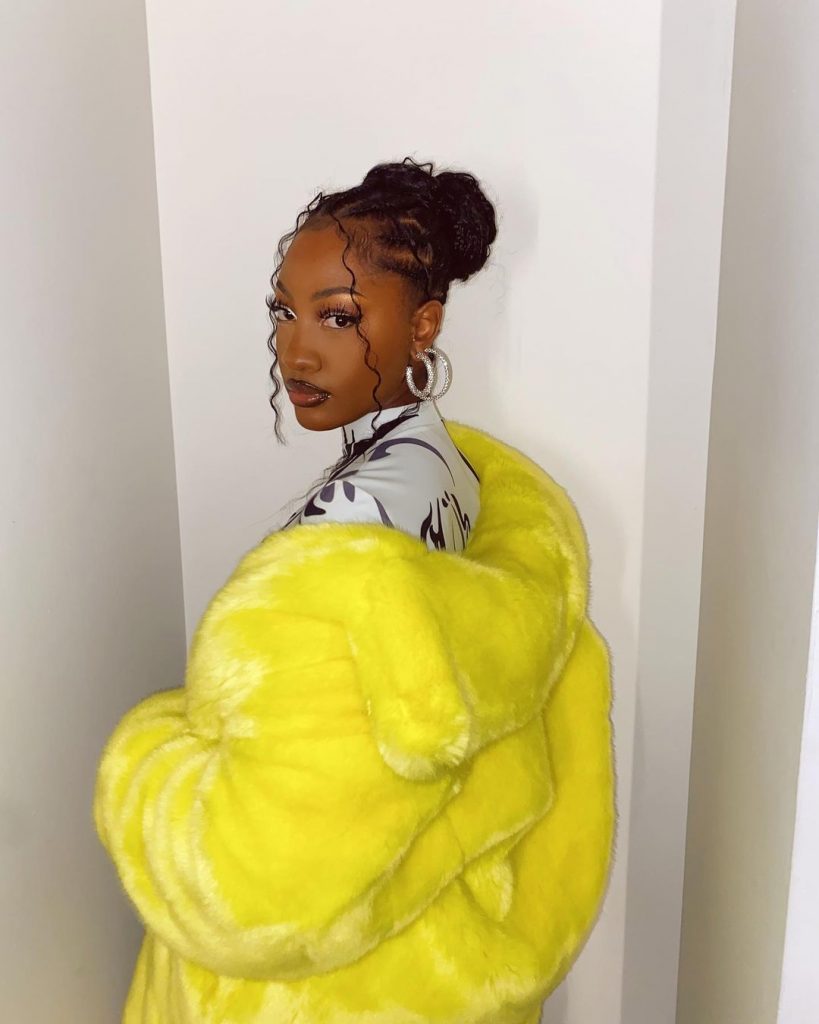 Temildae Openiyi known as TEMS BABY was born on 11th July 1995 in Lagos into a family of a Nigerian mother and a British – Nigerian father. Her father left her mum when she was 5 so she was raised by her single mum. Her family moved to the United Kingdom shortly after her birth. Tems relocated to Nigeria with her mother and brother. They resided in Ilupeju before moving to Lekki and then Ajah.

She had her primary education in Lagos and later attended Dowen college in Lekki where she had her secondary education. She later moved to Johannesburg to study Economics in a South African university. At school, she was noticed by her music teacher and learned to okay the piano. She practiced singing with her brother and often used his guitar accompaniment.

Tems Early Life
Tems grew up in a simple family. She discovered her musical talent after she joined a local choir. She took the basic steps to become a wonderful musician during her childhood days, she recorded songs with her school choir and practiced with her brother’s guitar while at home. According to MU narratives, she recollected how her music teacher encouraged her to sing with her real voice even when she doubted her own capability.

Tems Career
Tems music career started at a young age when her teacher taught her how to play the piano. She joined her church choir in 2009 and rose to become one of the young famous female singers in Nigeria. She enjoyed listening to “ Soilder “by Destiny Child ft Lil Wayne. Her favourite artist was Beyoncè and she always dreamt of becoming a music icon. The success of her 2019’s “ Try Me “ saw her emerge into a big name in the music industry. The music was released in August 2019 and has gained more than 2 million views on YouTube alone.
In 2020, she got a collaboration with DJ Khalid in a single titled “ Know your worth”. The uplifting music also featured Nigerian superstar, Davido, and Disclosure and also made it to Barack Obama’s playlist for summer 2020.
That same year, she was featured on Drake’s song “ Fountains “ which debuted and peaked at number 26 on the Hot 100. She was also ranked number one on the billboard “Next big sound “ chart and number one on the billboard “ Emerging artists” chart.
On 25th September 2020, Tems released her debut extended play” For broken ears”. On 15th September 2021, she released her second extended play” If orange was a place” after being signed to RCA records.
Tems was featured alongside Drake on Future’s 2022 single “Wait for u”, which debuted atop the billboard Hot 100, making her the first African artist to debut at number one and the second Nigerian artist to top the chart.
Throughout her career, Tems has received multiple award nominations, winning two NAACP image awards, two BET awards, and a Soul Train music award. In 2019, she was nominated for the best vocal performance (female) and the best alternative song for her single “Mr Rebel” during the headies award. 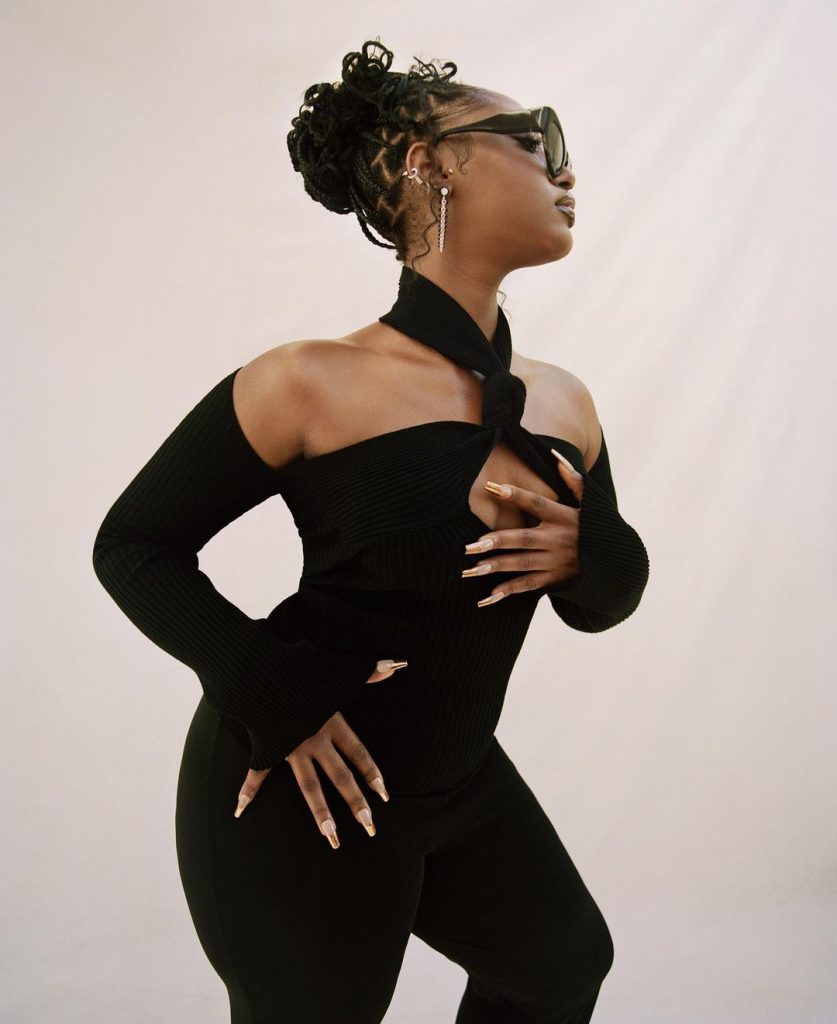 She is not yet married and has not made her relationship status public yet.
Dubby, the ex-boyfriend of Tems , had lamented bitterly over cheating on her 4 years back before stepping her way into fame.
According to him while he was being interviewed, he cheated on Tems with her best friend while they were still lovers and admit it was a grave mistake on his side and wished he could turn back the hands of time.

Tems Net Worth
Tems got some international recognition after she featured with DJ Khalid which increased her income. Her net worth is an estimated $100,000-$300,000 after her essence collaboration with Wizkid. Her current net worth is $460,000.

Tems Controveseys
On 14 December 2020, Tems was arrested alongside Omah Lay after they performed together in a show in Uganda. The Ugandan police authority identified a violation of COVID-19 lockdown protocols as a reason for them being arrested. The artist felt like it was a setup all along. Two days later, the duo was released, apologised for their arrests, and cleared of their wrong-doings. 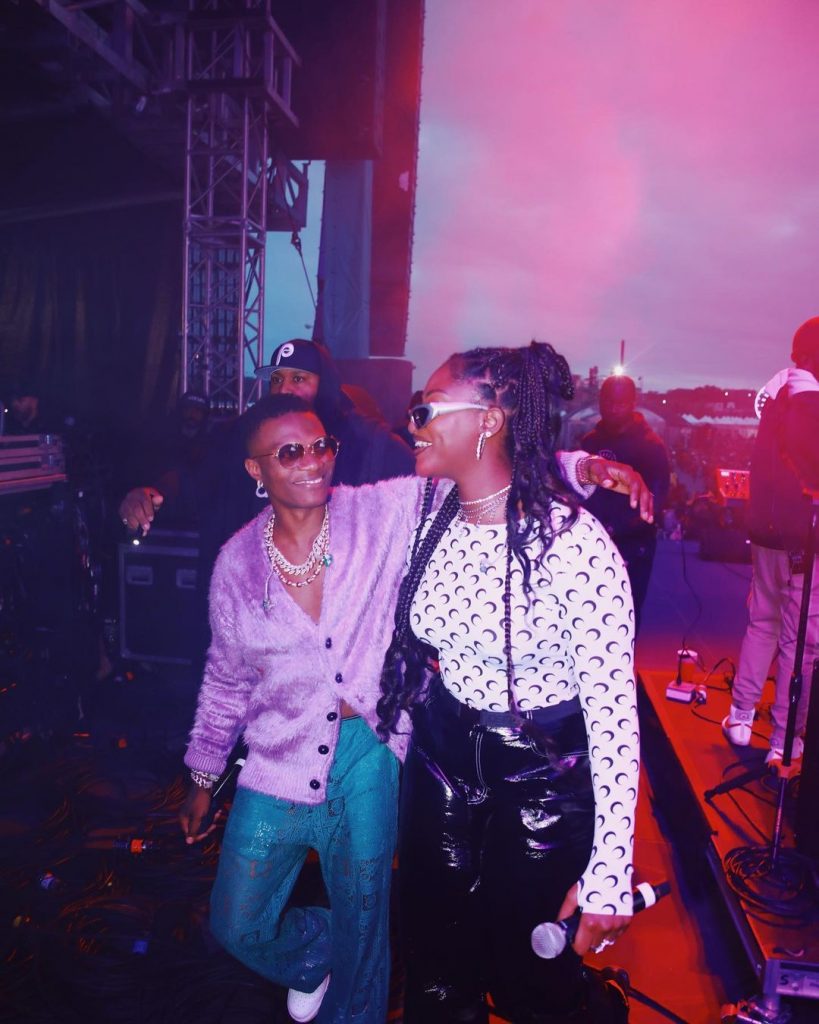 Some of her music is;

You can connect with Tems on the following social media platforms;