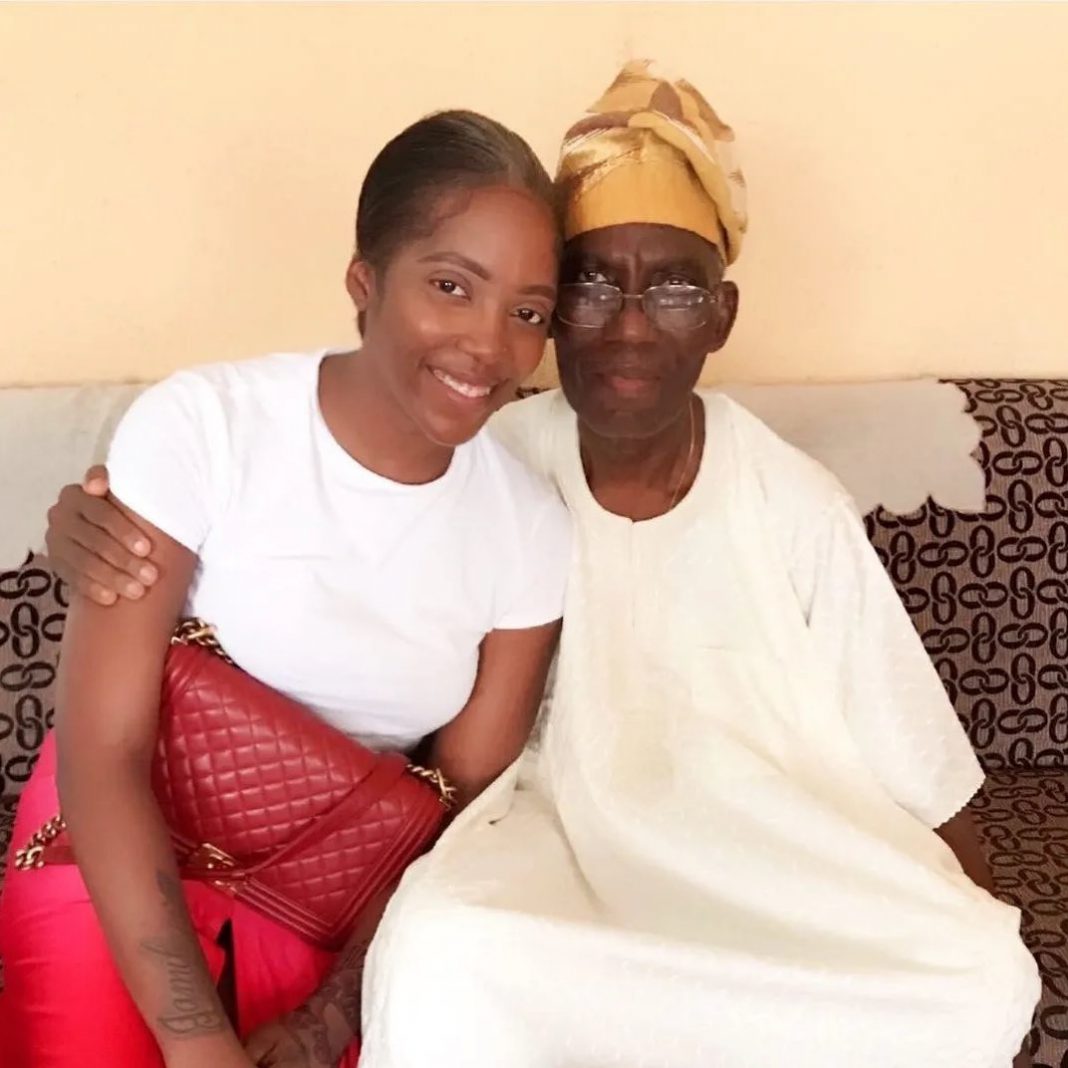 Multiple award-winning singer and songwriter, Tiwa Savage has finally paid a visit to her late father’s house, days after she announced his death.

It would be recalled that Tiwa Savage announced her father’s death some days ago and it was a piece of news that brought pain and sadness to her fans and lovers.

Tiwa Savage on that faithful day revealed that her father has lost the battle he’s been fighting for the past few years adding that she’s weak and numb.

With top personalities in all walks of life mourning with her, Tiwa Savage has finally visited her deceased father’s house.

Tiwa Savage shared the moment she arrived at her father’s house on social media as she noted via the video that she missed her father.

The singer’s father death is coming just days after she lost a close friend in Obama DMW to the cold hands of death.

See video of Tiwa Savage at her father’s house below:

Fatherhood is more important to me than music – Singer, Wizkid reveals

Reality TV-star Caitlyn Jenner to run for Governor of California