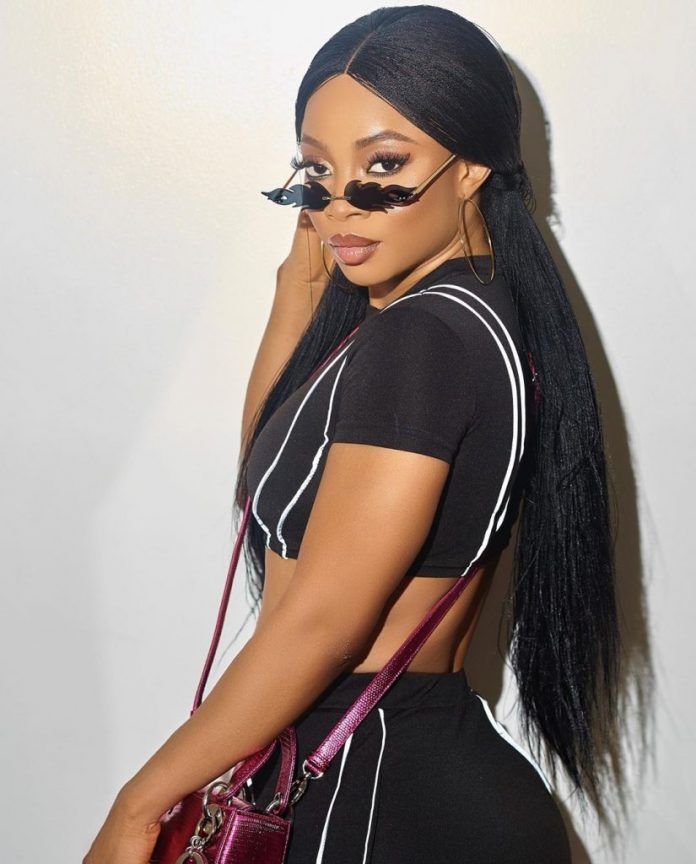 Toke Makinwa is a leading Nigerian media personality. She is a radio host, television host, author, a presenter and she’s also quite famous for her  YouTube videos.

TOKE MAKINWA BIOGRAPHY
Toke Makinwa is a Nigerian media personality, television host, vlogger, lifestyle entrepreneur, and author. She is known for hosting The Morning Drive on Rhythm 93.7 FM and for her YouTube vlog series, Toke Moments. She has also been crowned severally as the Most Influential Young Nigerian and style influencer. Her growing success in various fields has set her apart from the rest.

TOKE MAKINWA EARLY LIFE
Sadly, Makinwa’s parents passed away. Her mother was Modupe Monica Makinwa, and her father was Caleb Ifemayowa Makinwa.
Born on 3 November 1984, in Lagos state, Toke Makinwa age is currently 36 years (as of 2020). She is the second of four children. The radio queen lost both of her parents to a fire accident when she was eight years old and was raised by Mr. and Mrs. Akinyelure.

You May Alos Read

TOKE MAKINWA EDUCATION
For secondary school education, Toke Makinwa received hers in Federal Government Girls’ College in Oyo State. However, had her tertiary level at the University Of Lagos (UNILAG) studying English and Literature and successfully received her Bachelor of Arts degree. 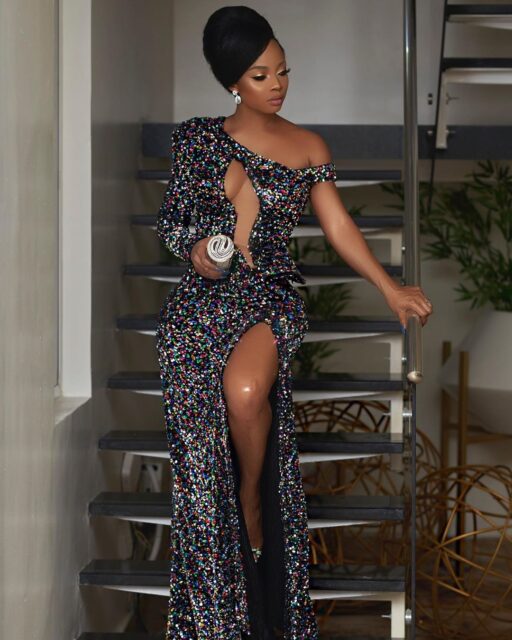 Makinwa made her major media debut in 2010 on Rhythm 93.7 FM’s The Morning Drive show as a co-host. In 2012, she made a television appearance as host of the Most Beautiful Girl in Nigeria (MBGN) beauty pageant, which was broadcast live across Nigeria. She co-hosted Flytime TV’s 3 Live Chicks, along with Tosyn Bucknor and Oreka Godis. The show debuted as a web series before expanding to terrestrial television in late 2012. Makinwa did not renew her contract with Flytime TV for the show’s second season and was subsequently replaced by her radio colleague Omalicha. In 2012, Makinwa launched her YouTube vlog series Toke Moments.
Hip Hop World Magazine announced Makinwa as the host of its interview and talk series Trending in January 2014. She also secured a spot on EbonyLife TV as a co-host of its flagship show Moments.

Makinwa has hosted numerous notable events, including the 2013 Future and City People Awards, as well as the 2014 Headies Awards.

Makinwa lost both of her parents to a fire accident when she was 8 years old. She released her memoir On Becoming in November 2016. The book talks about her personal struggles and addresses the betrayal of her now ex-husband, Maje Ayida. Makinwa went on a book tour to promote the book. The tour included Nigeria, South Africa, the U.S, the U.K, and parts of East Africa.

Makinwa launched a handbag line under her eponymous label in 2017, Toke Makinwa Luxury. She also launched a skincare product called Glow by TM in 2018.

Makinwa became an ambassador of the United Africa Company of Nigeria, alongside Osas Ighodaro, Dare Art Alade, and Dan Foster in 2013. She also signed a multi-million naira contract with Nestlé Nigeria to become the new face of Maggi. In 2016, she became the brand ambassador and face of Mecran Cosmetics. She has also been an ambassador for Payporte and Ciroc. 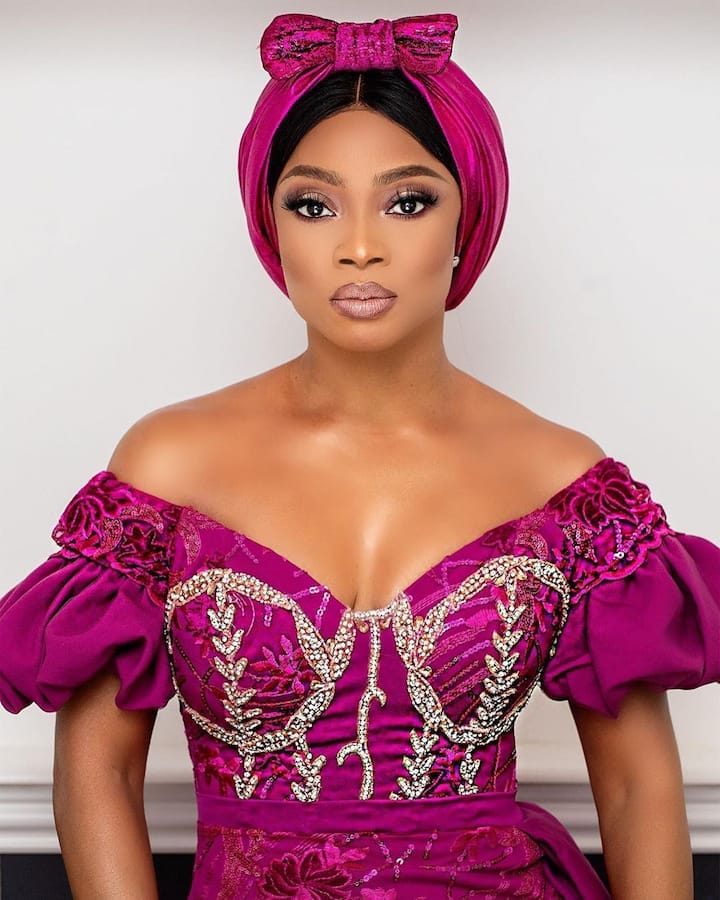 Toke Makinwa looks nothing like she used to. She was a dark-skinned woman but now she is way lighter and blonder after bleaching her skin. Skin bleaching is something many women won’t admit to but the TV and radio personality in her book “On Becoming” revealed that she bleached her skin just to impress her ex-husband, Maje Ayida while they were still dating. This was after she found out that Maji had a thing for fair-skinned ladies. Despite the fact that most women who bleached their skins to become lighter usually have obviously dark elbows, knuckles, and joints, Makinwa remains one of Nigeria’s hottest TV female personalities She is also among the celebrities who give fans money on Social Media.
Toke Makinwa got married to her longtime partner and health instructor, Maje Ayida. The couple was married for over 7 years. They had a private wedding on January 15, 2014.

Barely 2 years after her wedding, their marriage hit the rocks. Maje allegedly had impregnated a supposedly estranged girlfriend, Anita Solomon.

The tragedy was the rave of the moment over social networks in 2015. It was ironic that the Toke whose success emerged from giving relationship tips was having a rough time in hers. Toke had earlier mentioned that her spouse did not fancy her vlogs.

Nigerian entertainment reports confirm that the audacious diva separated from her spouse for months and later filed for divorce in June 2016.

The oil mogul who has fathered five grown-up children was alleged to have bought Toke Makinwa a brand new Range Rover (2016 Model) worth over N50 million naira and a building worth N260 million naira.

It was also reported that Dr. Festus Fadeyi was the one funding the luxurious lifestyle Toke Makinwa regularly flaunts on social media.

Toke Makinwa has revealed that she would want to get married again during a question and answer session with her fans on Instagram.

TOKE MAKINWA NETWORTH
Toke has had numerous endorsement deals under her belt as well as other businesses making her have several sources of income. Toke Makinwa’s net worth is about $2 million. This makes her one of the richest radio hosts in Nigeria.