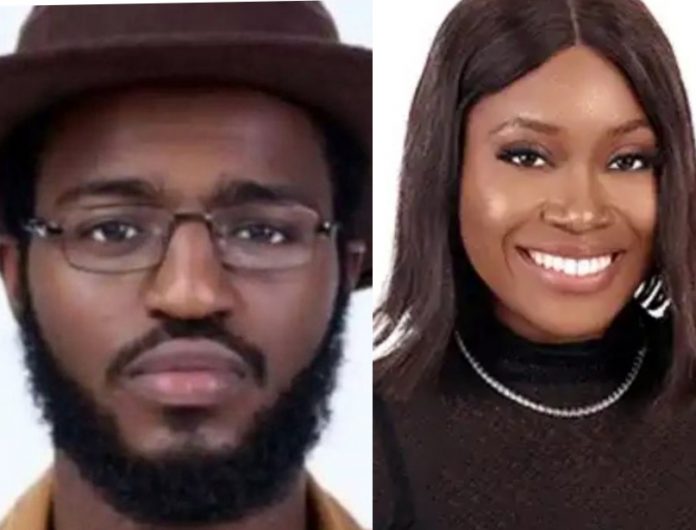 Evicted BBNaija housemate, Khalid has denied engaging in any sexual act with his lover, Daniella, insisting that it was just ‘aggressive kissing’ all the nights they shared intimate moments under the duvet.

Recall the pair faced heavy criticism after they were caught spending intimate moment under the duvet countless times.

Khalid, who was evicted from the reality show last Sunday, has now cleared the air, saying that his body is a ‘Temple’ and that he and Daniella were only enjoying aggressive kissing.

In an interview with media personality Victoria Eze (Miz Vick), the reality star said; ”My body is a temple. It was just aggressive kissing on the show. We didn’t forget the cameras but I didn’t neglect my feelings.”

This is coming after Khalid told Ebuka that his relationship with Daniella is serious even though he didn’t expect it was going to happen while in the house.

He said, “It was quick, I knew I said I didn’t want a relationship but it hit me like a bus. It is serious.”