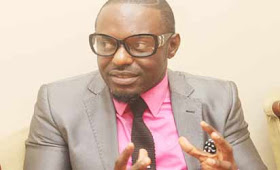 During the build-up to the general elections last year, a new political party, Young Democratic Party (YDP) sprang up.


The party led by President, National Council of Youths, Comrade Henry Nwabueze made no small impact as they nearly scuttled the general elections through a court injunction.
However, after the election had come and gone, nothing has been heard about the party nor its leadership. The impact of the political party was great to the extent that popular actor, Jim Iyke not only joined the party as its Director General in the Diaspora but also became Nwabueze’s business partner.
In his capacity, Nwabueze who is also president, Amalgamation of Niger Delta Youths for Peace Initiative and Chairman, Burgeon group of companies ran for the position of governor of Imo State on the YDP platform in the last election. The enterprising youth leader informed then that the party was established by some young entrepreneurs who are passionate for change in the polity.
Now that Nigerians are losing faith in the two strong political parties in the country, political watchers are asking if it is not yet time for YDP meant for youths from the ages of 18 to 60 begin to mobilize and sell themselves to Nigerians especially the youths who are of greater percentage in the countr