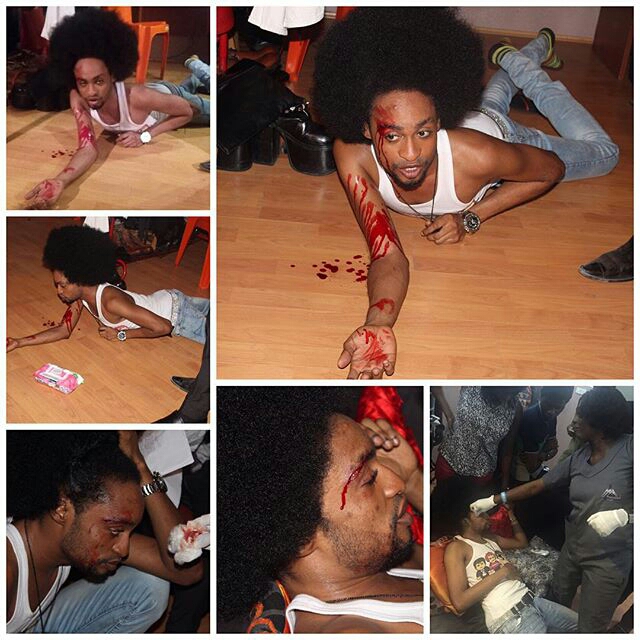 Controversial TV presenter, Denrele Edun has seriously
been injured. At the first sight of the photos one would easily come to the conclusion
that it was a messy fight that left him
in the pull of is own blood.
Narrating what really happened to him, Denrele took to Instagram
and explained how he fell during a movie shoot.
‘They say that
true artists suffer for their craft, but perhaps no artist has suffered like
myself on this hustle of mine!
All in a bid to make my acting more convincing, I was
supposed to drop into a faint in the very first scene of the movie “PEPPER
SOUP” but…..
I guess I miscalculated and fell hard on a metallic
object on the floor that pierced my face. I kinda blacked out for a few seconds
and felt something warm running down my face…Truth is, a blood vessel just a
lil above my right eye (an inch away from my eyebrow bone) was burst open and
it was hard to control the bleeding!
The production team was stunned and scared at the same
time. They almost called off the production but I refused!
THE SHOW MUST GO ON! And I finished this job with all the
grace, strength, resilience and amazing’, he wrote.