Light-skin Nollywood actress, Eve Esin has revealed the reason she’s still single at 36, she said she has not married because she is still learning and preparing for marriage.

According to a comment she dropped in a post of colleague, Anita Joseph, who shared a post, advising her followers on secrets to a healthy marriage. 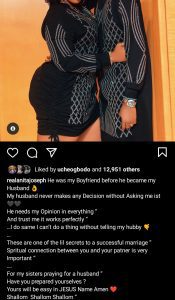 Commenting on the post, Eve stated that she’s still single because she is still learning and preparing. 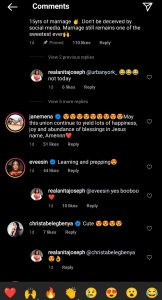