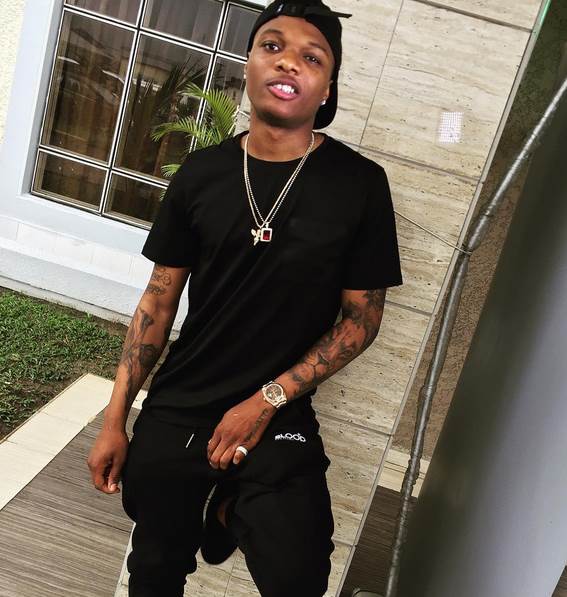 There is a new twist to the war between Nigerian blogger, Linda Ikeji and pop star, Wizkid.
The Ojuelegba crooner has finally paid a visit to the invitation by the commissioner of police over the threat he made on the life of the popular blogger….see pic as you continue

With the Hon. Commissioner of Lagos police. Police is your friend,’ the baby-daddy captioned the photo he took after the visit.
For starters, Wizkid and Linda Ikeji aren’t best of friends, as the singer continued to express his disdain for the blogger and never fails to take shots at her at any opportunity.
Ikeji, who had developed a thick skin, after years of multiple celeb spats, hasn’t let the singer’s attitude debar her from covering his misdemeanours.
Recall that their fight escalated when Linda reported that Wizkid had been served a quit notice from his Lekki residence in Lagos.
Wizkid who was at Congo at the time took to social media to lash out at the blogger. He was uncouth in his rant, even threatening to arrange to have the blogger beaten.
‘If I ever see you, I’ll get my 16 year old cousin to beat the shit out of you’ he said.
Out of fear Ms Ikeji has reported the threat to the Lagos State commissioner of Police, Fatai Owoseni.
Thus a court summon was issued to Wizkid, with an invitation letter sent to the Surulere office of his manager, Sunday Are and he has visited just like they asked him to.
The fans of the two parties are eagerly waiting for what next…