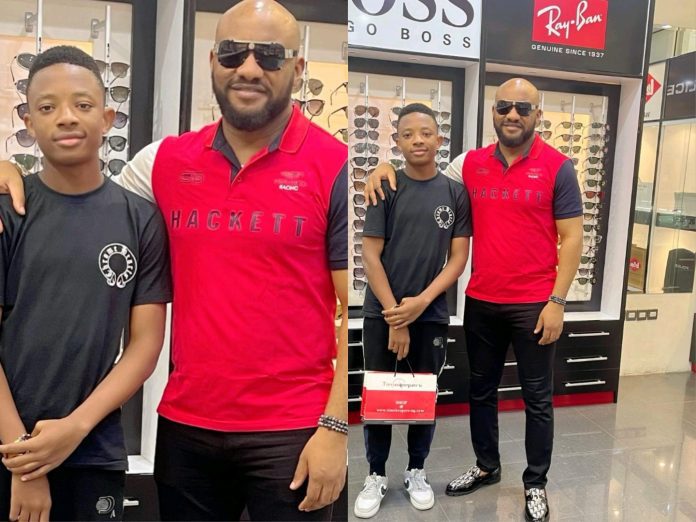 Controversial Nollywood actor Yul Edochie, has bragged about his fatherly roles in the lives of all his children, despite the divorce saga rocking his first marriage.

The actor who shuttles Asaba, Enugu and Lagos revealed via his Instagram page that whenever he is with his family, they all have jolly good time.

After taking his eldest son, Karl Yul-Edochie shopping, the polygamous actor shared the photos on social media and captioned them, “Once Daddy is around na jolly for everybody. A little shopping time with my son Karl. (The game master).”

Edochie also appreciated all who joined in the fourth birthday celebration of his son, Zane yesterday, July 13th.

“Thank you to everyone who celebrated my son @zaneyuledochie yesterday.
May celebration never cease in your homes,” he prayed.

Recall that a few months ago, Yul publicly confirmed the rumour that he got his colleague, Judy Austin pregnant and married her as well as his second wife.

This has triggered his first wife, May Edochie into considering the dissolution of the 14 year old union. 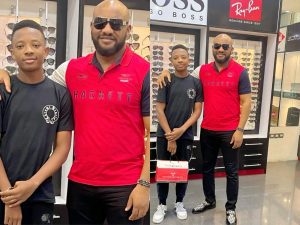