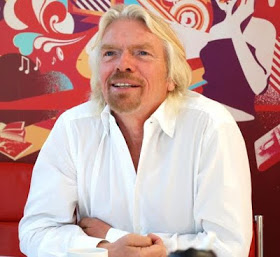 Founder and C.E.O of Virgin Group Richard Branson has revealed that the economic effects of Britain’s exit from the EU has resulted in Virgin Group cancelling a deal worth 3,000 jobs.
The billionaire businessman said the company had made the decision to pull the plug on “a very big deal” because of the the uncertainty created by last week’s vote to quit the EU, saying his company may have lost up to a third of its value.
Appearing on ITV’s Good Morning Britain, he added: “The pound has collapsed to its lowest level in 30 years. This country is going to go into recession, two of the worst days ever. Banks being pounded means they are not going to lend money.”
“We’re not any worse than anyone else but I suspect we’ve lost a third of our value, which is dreadful for people in the workplace.”
“We were about to do a very big deal and we cancelled that deal that would have involved 3,000 jobs and that’s happening all over the country.”
“When Brexiteers told the public that people were exaggerating that there would be a financial meltdown I think that its been proven that they were not exaggerating.
“We’re heading towards disaster and therefore in business if you realise you made a bad decision you change it. And we’re not saying to overrule it, just let the same people who voted have another chance and that’s democratic.”