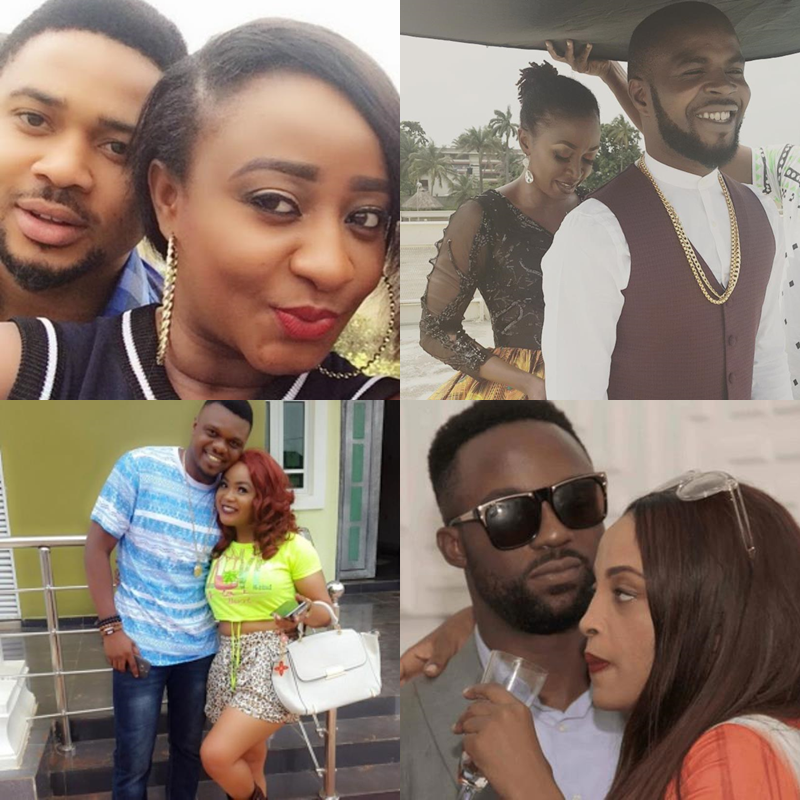 Over the weekend, two popular celebrities, Ubi Franklin and Lilian Esoro officially became man and wife. Indeed their union which started on a controversial note was admired and appreciated by their fans and most of their colleagues in the entertainment industry.
However, they are some other celebrities that fans have been wishing they could officially end up as couple.
In some cases, rumours already have it that they are dating, while others are openly in love but yet to formalise their union.
GPM have complied 20 list of stars that would make a perfect union and man and wife…..see them after the cut

“Love is jumping when your partner’s favourite club scores a goa. I feel grateful, thankful and excited as well. Yes I am dating someone and I am in a happy place. I’m good”, those were the words of Rita in an interview with Blanck magazine where she subtly confirmed been in a relationship.
The actress however refused to disclose who it was that’s got her heart in Knots, but it seems the Imo State born diva might have been referring to; Femi Jacobs.
The two rumoured love birds were the lead casts in the ‘Meeting’ movie’.
“They are dating for real but still keeping it under wraps…they started as friends after the meeting movie and it became serious afterwards” the source claimed.
Although the two parties have neither confirmed the reports nor refuted it, only time shall tell and we confident they will make such a cute couple.
Genevieve Nnaji/ D’Banj 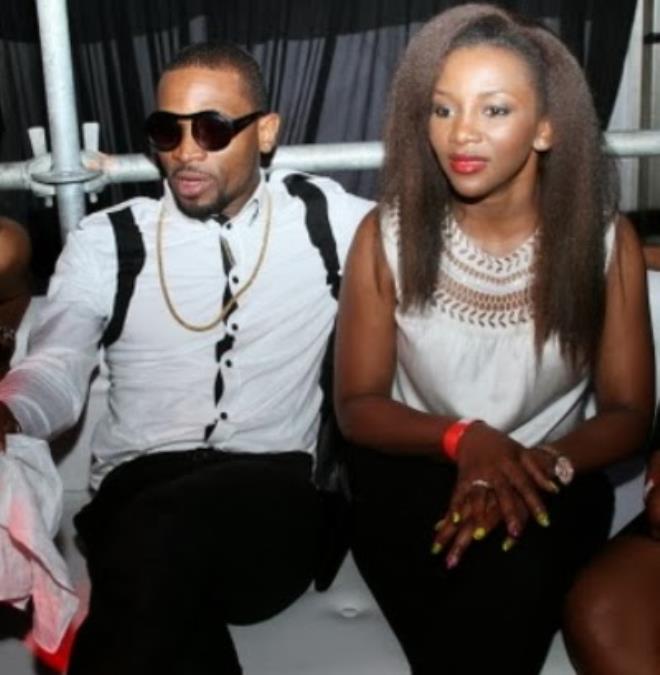 On May 4, 2010 Genevieve Nnaji, one of Nigeria’s most notable actresses made a grand appearance in D’banj’s ‘Fall In Love’ video.
Prior to the release of the music video, there were speculations that the two were dating; speculations grew bigger when the two kissed at the end of the music video.
Confirming the love flames, JJC AKA Mr. Skillz who is good friends with D’banj revealed that were truly in love with each other.
During an interview, JJC was asked which female African celebrity would he kiss, marry and ignore; JJC squealed that he will ignore the lovely Genevieve Nnaji.
“Let’s go this way, I will ignore Genevieve, she is (a) beauty, she is amazing but I don’t want to share my brother’s ex, it’s very controversial for that reason its better I’m the first taker. She loved him like crazy but dude got other plans”.
Genevieve is a 35-year-old actress with a teenage daughter, while D’banj is 34, but we all know that age is just a number if the love birds decide to get back on.
Freda Francis/Iyanya 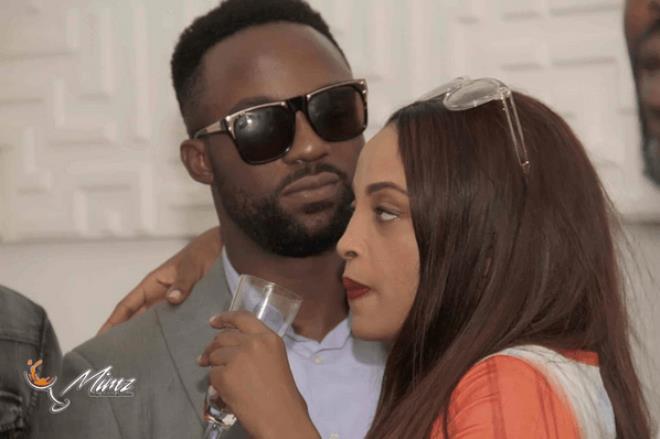 It is no longer a rumour that Iyanya is dating Freda for almost a year now. Although Mr. Oreo crooner has kept the relationship low-key following the messy end of his relationship with Ghanaian actress, Yvonne Nelson, he still attends public functions with the woman after his heart.
We are convinced that they would make lovely babies together.
Ken Erics/ Rachael Okonkwo 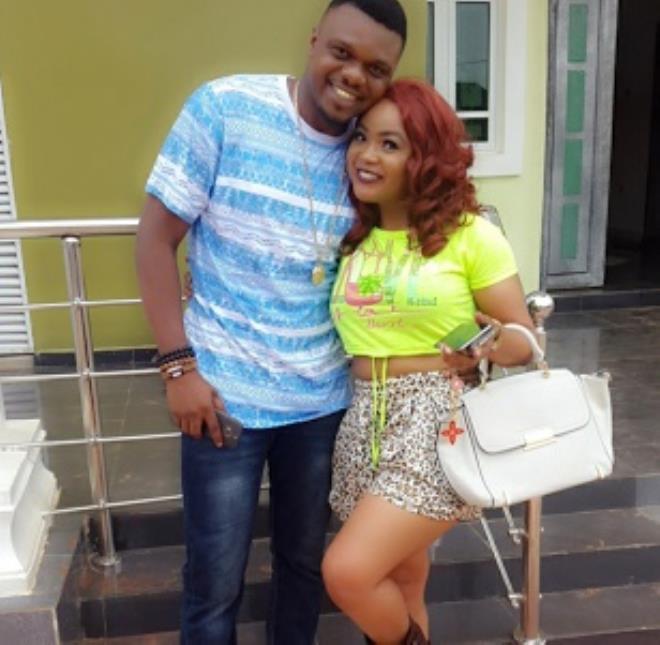 Promising and fast-rising Nollywood actress, Rachael Okonkwo, isn’t a household name yet, but the fair-skinned thespian has all the trappings of a big star in the making: beauty, brains and the talent.
It was speculated that the Nkoli Nwa Nsukka star has been ruffling bed sheets with Ken Erics, another famous actor.
They were some cosy pictures of the two love birds that surfaced online to back up the rumours. It was more like their pre-wedding photos. We just love this two and hope they make it together as one.
Ini Edo/ Mike Godson 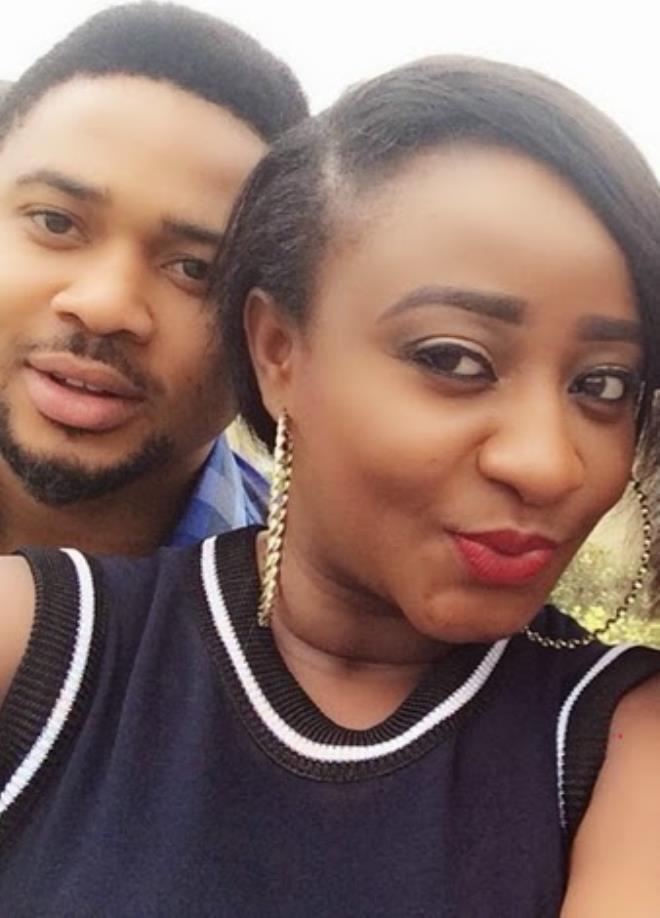 The alleged secret romance of Nollywood’s diva, Ini Edo and a budding actor, Mike Godson, became the talk of the town shortly after the pictures of the stars ruffling bed sheets went viral.
Although they both denied it with claims that the pictures were from movie scenes, but City Wags are of the opinion that until the said movie is released, their defence remain null and void.
It was later revealed that the heat on both parties were too much, they had to halt their alleged affair which would have resulted to another fairy tale wedding in Nollywood.
We hold our hands in prayer and hope they would surprise their fans with a secret wedding which has become the trend.
Tania Omotayo/ Wizkid 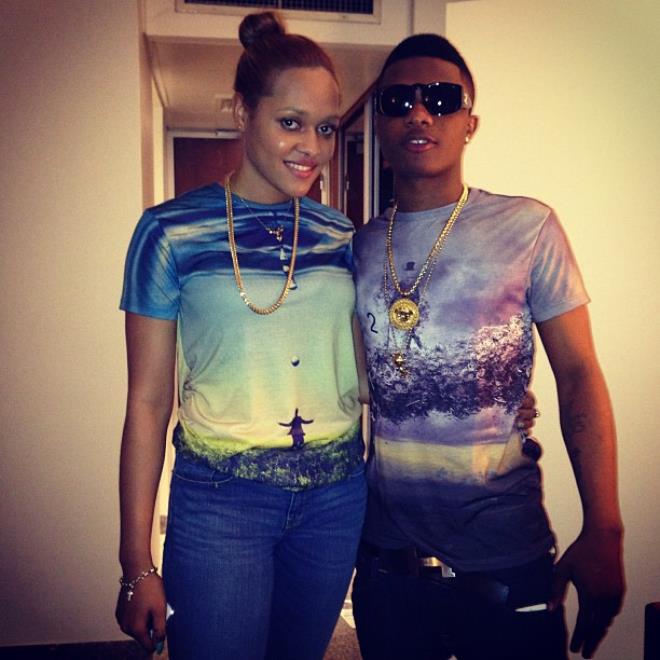 Wizkid and Tania Omotayo started dating in 2012, but they have been off and on.
On Friday, August 14, 2015 Wizkid openly declared his desire for American rapper Dej Loaf. After the story was published, a lot of people wondered why the Star Boy artiste would say such a thing when he has a girlfriend, Tania Omotayo.
We can authoritatively tell you that they have their groves back on. No doubt. Wizkid still has some years before considering marriage, but we know Tania would be a good choice because she has been so tolerating.
Kehinde Bankole/Tope Tedela 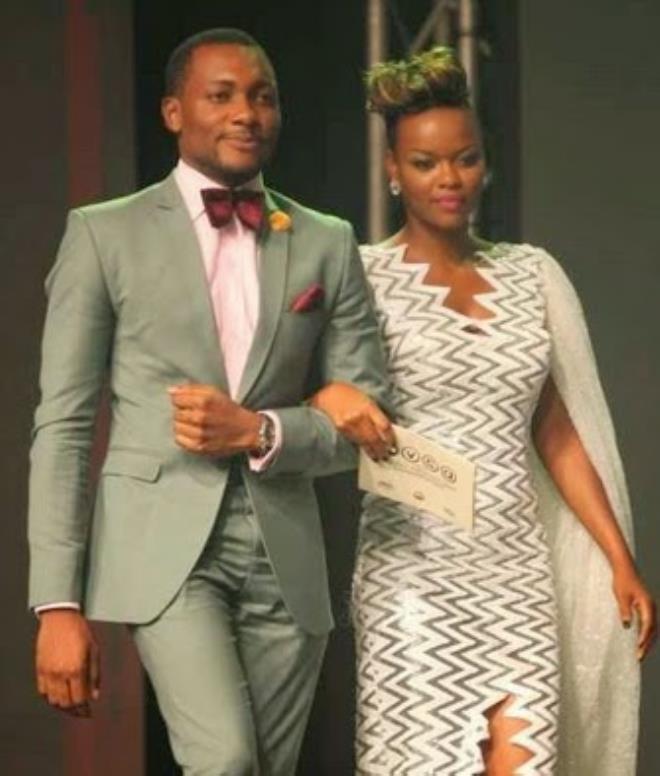 The handsome budding actor, Tope Tedela, is a simple ladies man. News broke that he was in love with fellow actor, Kehinde Bankole, but he denied the speculations.
Tope had stressed that Kehinde is just a colleague and nothing more as against the romance stories.
Kehinde on her part also dissociated herself with any romantic moment with Tedela. But the fact that they are both some young and single makes the match-making easy. We would love to see them pronounced man and wife someday.
Kate Henshaw/JJC 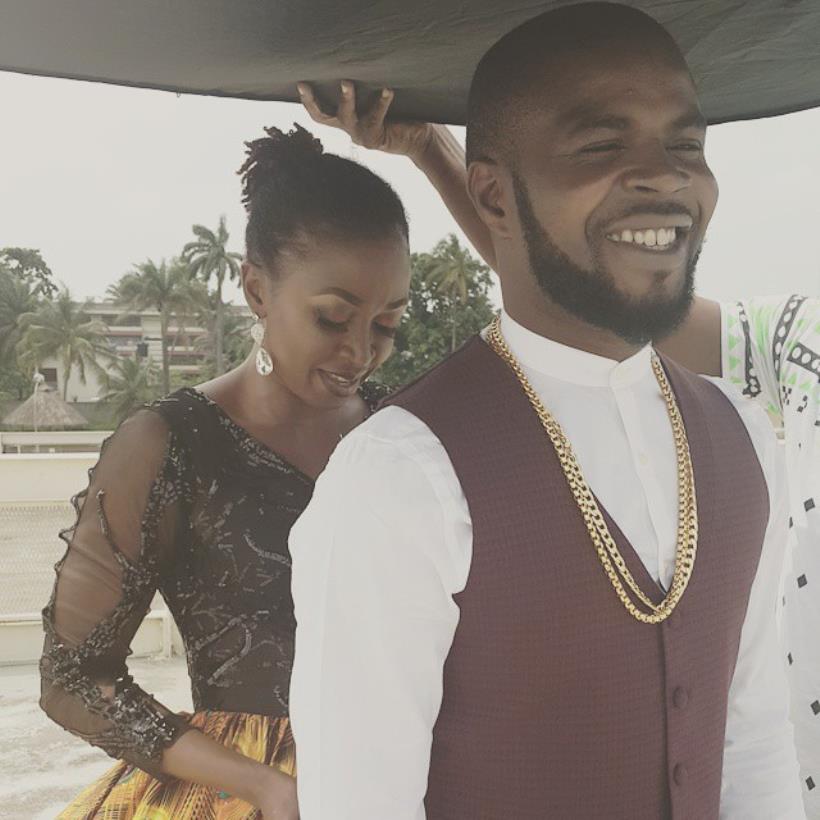 Top rated actress Kate Henshaw played the love interest in JJC Skillz new video for ‘See Us Now‘. The two acted as lovers in the video. The ‘couple’ really love-up making it look so real! That was the second time Kate and JJC will work together on a music video. She appeared in his 2012 ‘African Skank’ video.
JJC is a single baby daddy while Kate is a divorced mother of one, so what stops them from taking their ‘video relationship’ farther?
Ruby Gyang/ Jesse Jags 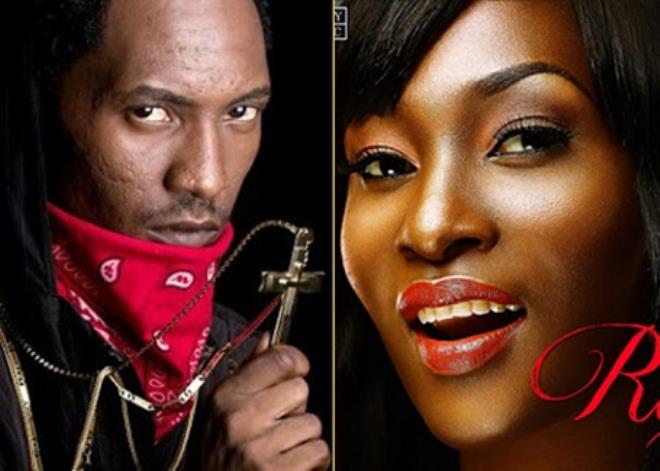 We are happy! Jagz nation boss, Jesse Jags has since reconciled with his baby mama, Ruby Gyang. The two music stars have a daughter together 7 years ago.
The two met way back in Jos and the rest as they say, is history. We hope their love stays strong to bring them together under one roof as man and wife.
Nadia Buari/ Jim Iyke 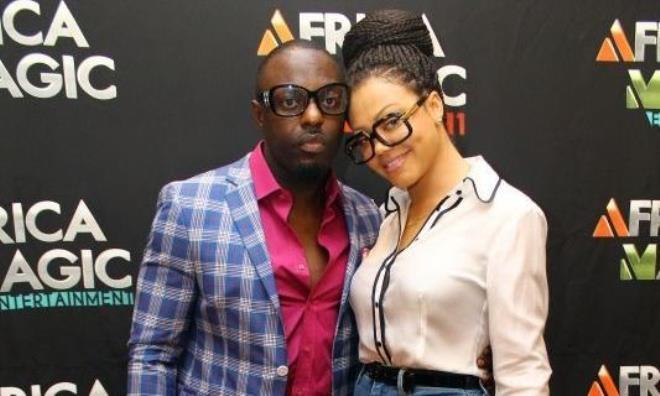 We hate to say this, but the chances of these Nollywood icons getting married some day is very, very slim.
Nadia Buari is now a mother of twin girls, while Jim has also fathered a cute baby boy with his 23-year-old Lithuanian girlfriend, Dana Kinduyte in Atlanta.
They were such a cute couple and also spotted at events while their relationship lasted.
They would have made a very remarkable celebrity couple of recent time.