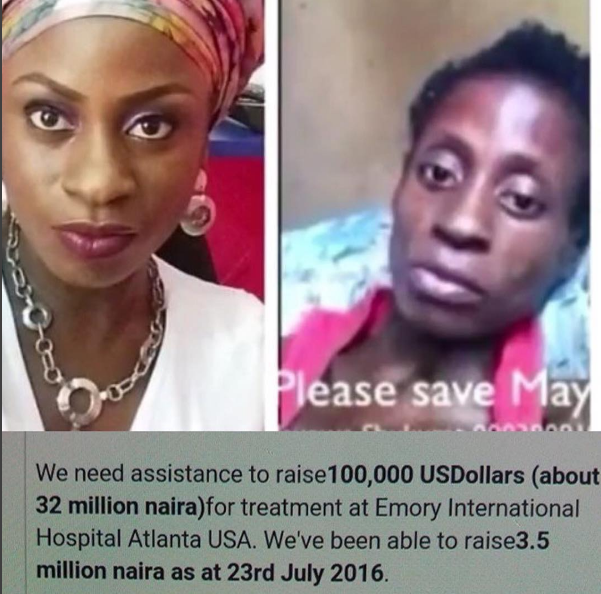 OAP Freeze has been keeping us updated on Mayowa’s case lately. So as at today he said she has traveled to South Africa.

Read what he wrote below…

“I thank GOD for Mayowa, as it has been alleged that she left this afternoon, for Johannesburg, South Africa, on an Arik flight, according to a source that chose to remain anonymous.
Prior to this, another source had alleged that the account where the donations, which so far exceeded N80million, were domiciled, has been ‘unfrozen’ by the Nigerian police, to enable payments for her treatment be made, so her therapy could begin in earnest. The police are also closely monitoring the account, and it is alleged that every withdrawal or payment from that account, will prompt a direct notification to the police.
The Gofundme account containing $100,000 which is the equivalent of N40million, was never frozen in the first place.
I am a bit worried though, because she was initially supposed to travel to the United States, then Dubai, then Abu Dhabi and now she allegedly traveled to South Africa.
My main concern is that she gets the treatment she needs, and this seemingly confused change in destination, leaves me in a bit of anxiety.
Let us all continue to keep her in our prayers especially now, as GOD remains her strength!
#MayowaMustNotDie #SaveMayowa”