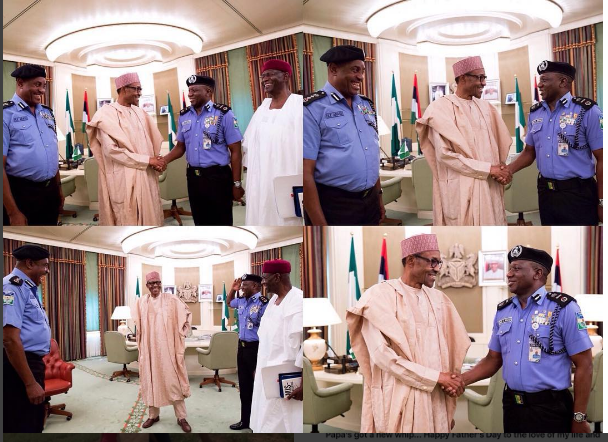 The appointment was contained in a statement made available to journalists by the President’s Special Adviser on Media and Publicity, Mr. Femi Adesina.
Idris succeeds Arase who proceeds on retirement at the attainment of 60 years.
“President Muhammadu Buhari has approved the appointment of Assistant Inspector-General of Police, Ibrahim Kpotun Idris, as the Acting Inspector-General of Police,” the statement read.
According to the statement, Idris, who hails from Kutigi, Lavun in Niger State, was born on 15th of January 1959, and was enlisted into the Nigerian Police Force in 1984, after graduating from the Ahmadu Bello University Zaria with a Bachelors degree in Agriculture.
He also holds a degree in Law from the University of Maiduguri.
Idris has served in various commands and formations in the Nigerian Police Force, working in the Police Mobile Force for 17years as Unit Commander, Squadron Commander, and Commandant.