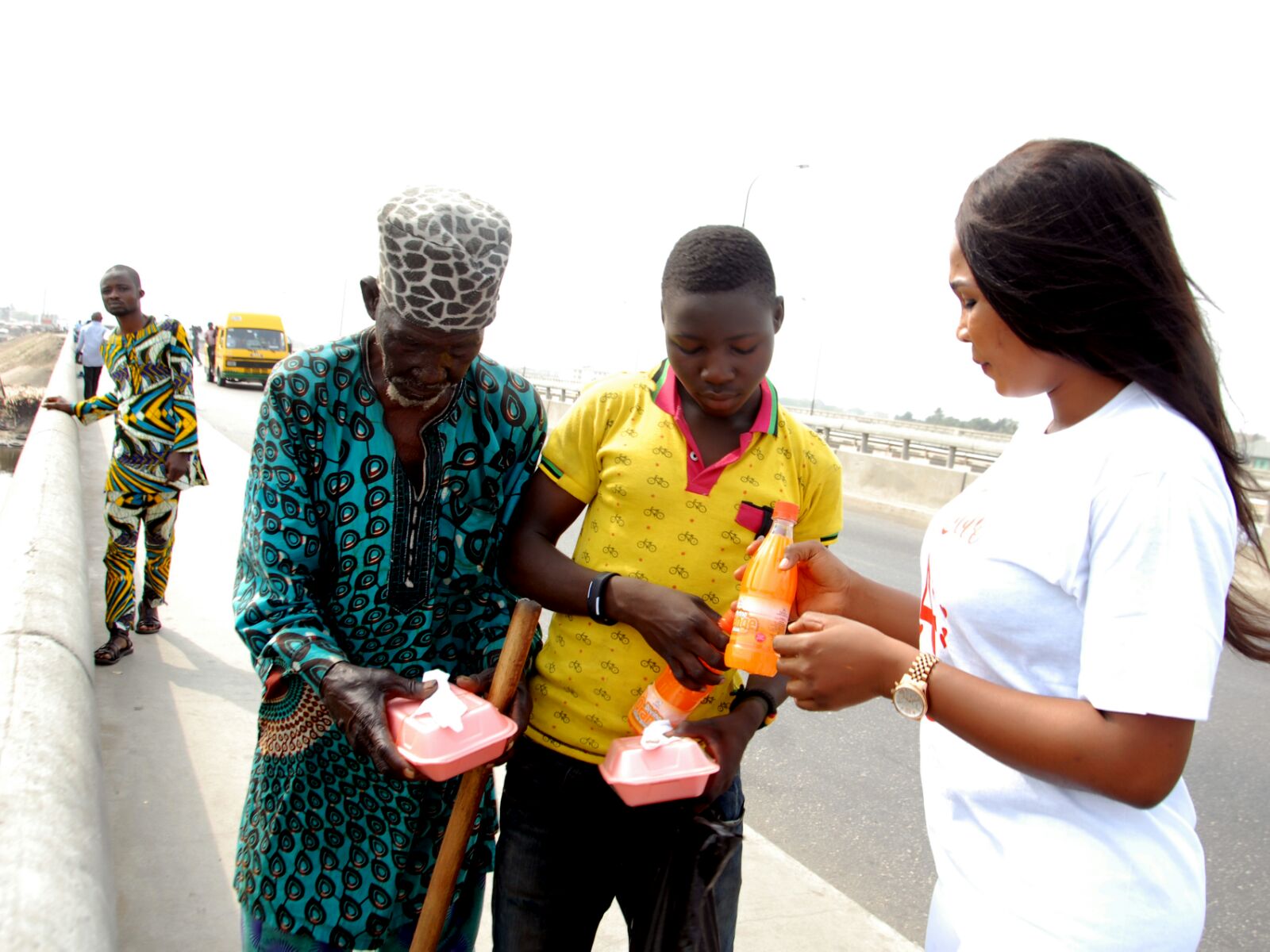 Controversial Nollywood actress, Ruth Eze, can be easily described as one of stars that had a fun-filed Valentine’s day which took place few days ago.
While some of her colleagues were busy having fun with selves and lovers, the Imo State born script interpreter opted to show her philanthropic side.
Ms Eze who was in the news lately for reportedly having a crush on Genevieve Nnaji, stormed Ajegunle, the ghetto side of Lagos State in search of hungry beggars to shower love to….see more photos 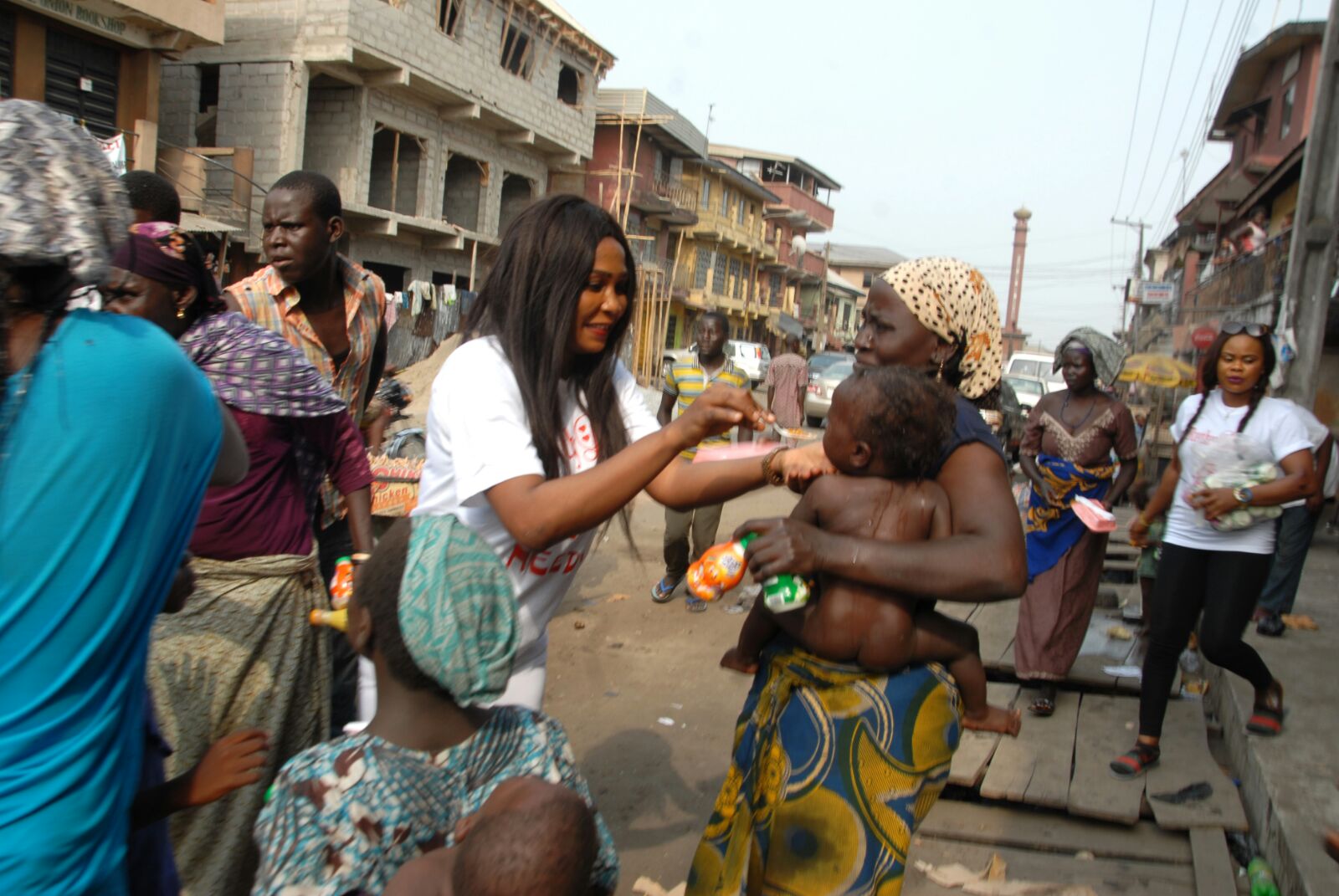 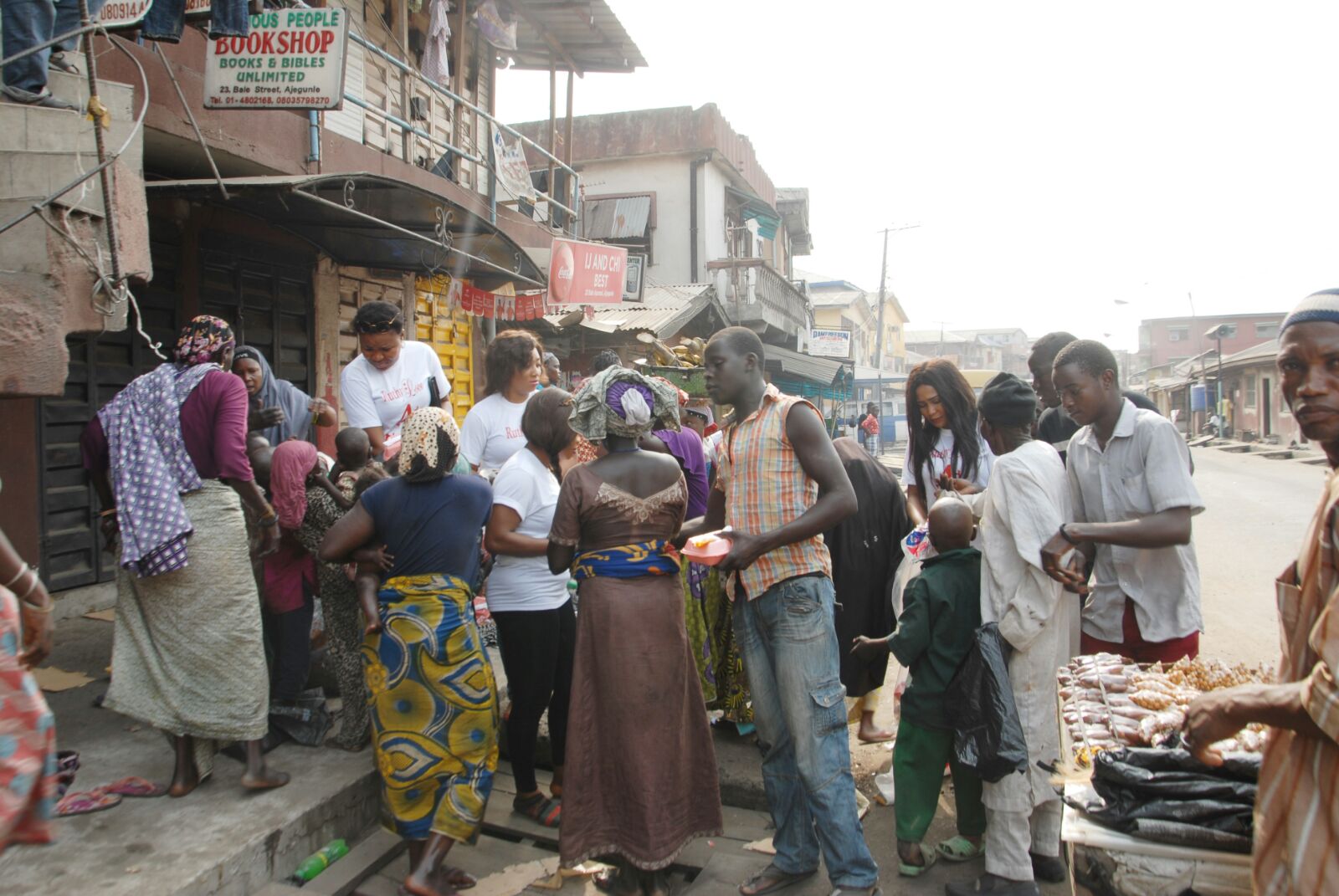 The actress and her friends, excitedly fed over 100s of beggars with foods and assorted drinks , which left a lasting smile on the faces of the poor and neglected less privileged.
Sharing with GPM the reason behind such gesture, Ruthy as she is fondly called said.
“Valentine’s day is not only for lovers or married couple. It’s also a day we should take time to reach out too the less privileged and the needy. Even those in the prison needs to be shown some love. I  celebrated my day with some beggars. I felt so fulfilled inside of me feeding the hungry in my own little capacity. That’s my own little way of reaching out to those that really needs this love. At a point I was so moved to tears, seeing how they were almost fighting for food, probably they haven’t eaten well for so long. Painfully, most of us had so much to eat and even trash that day. Let us all learn to show love not hate to others, no matter how small,”  she said 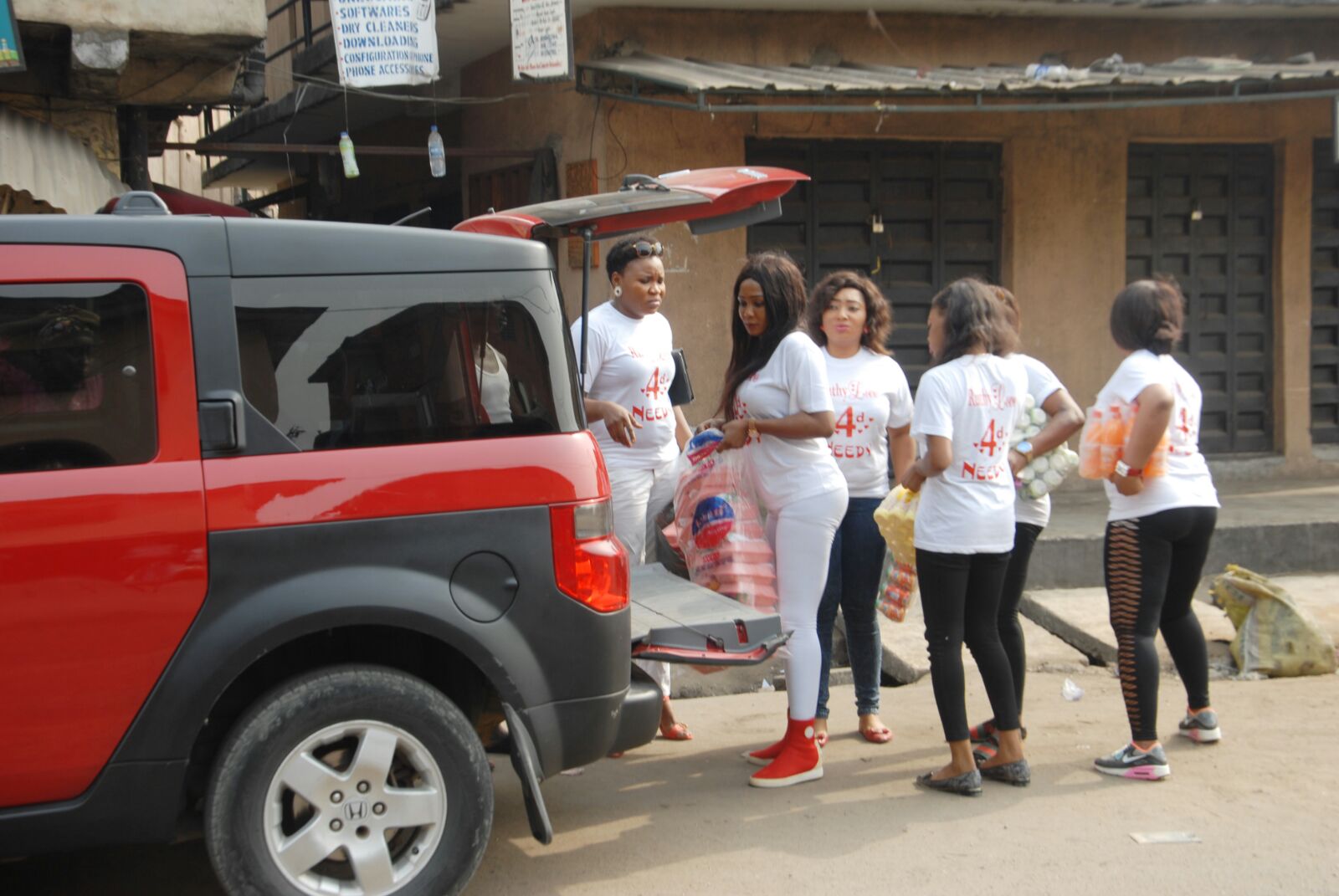 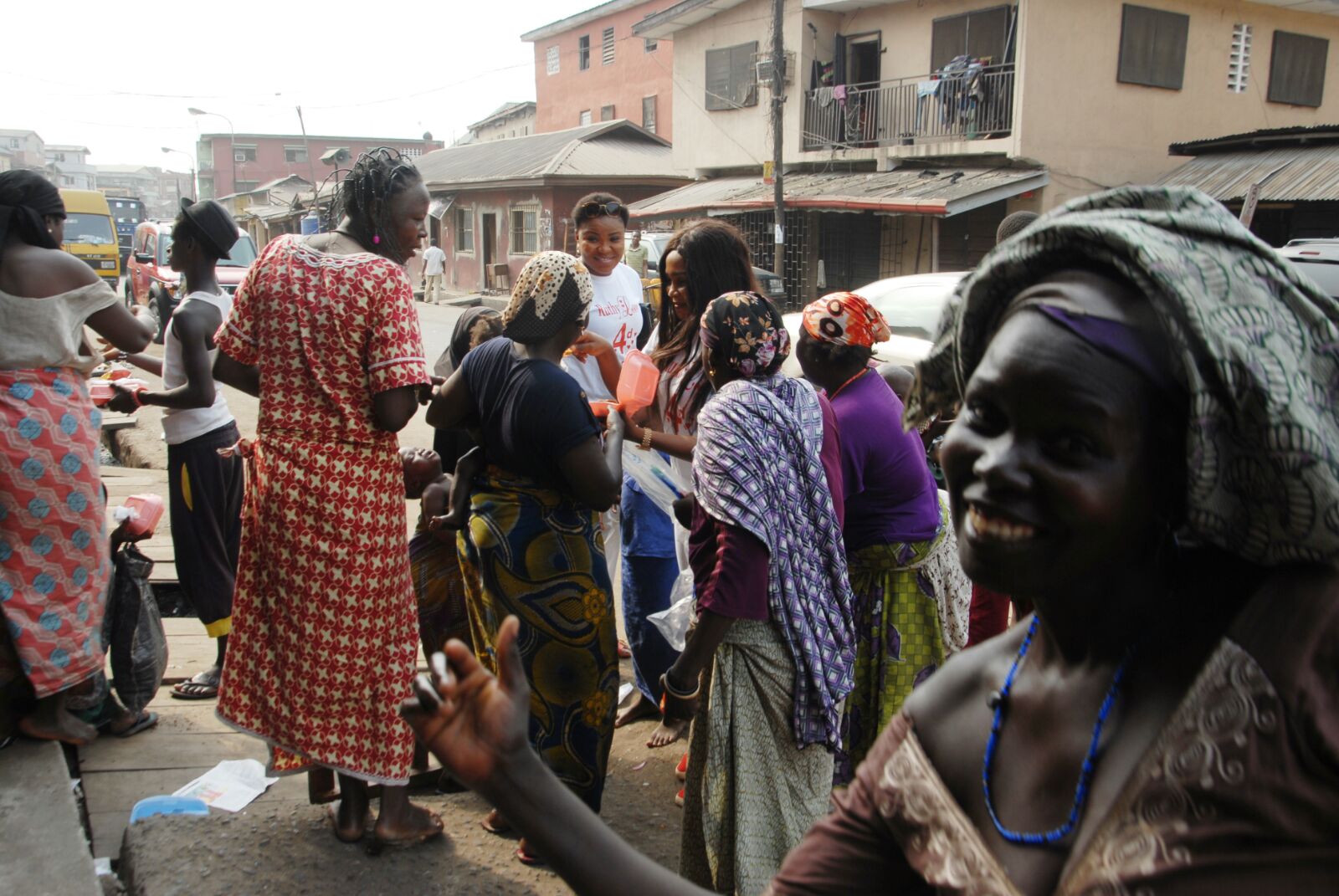 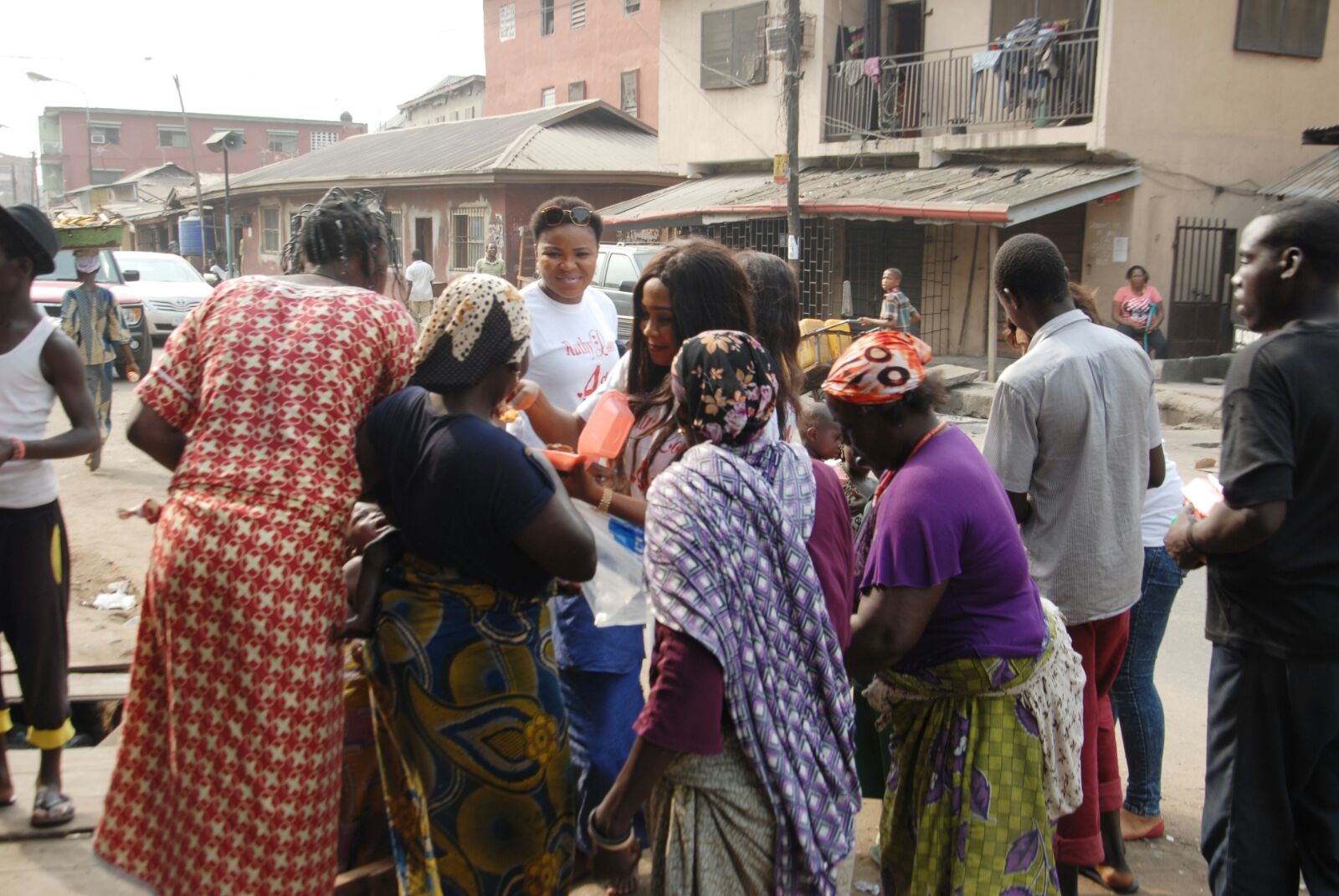 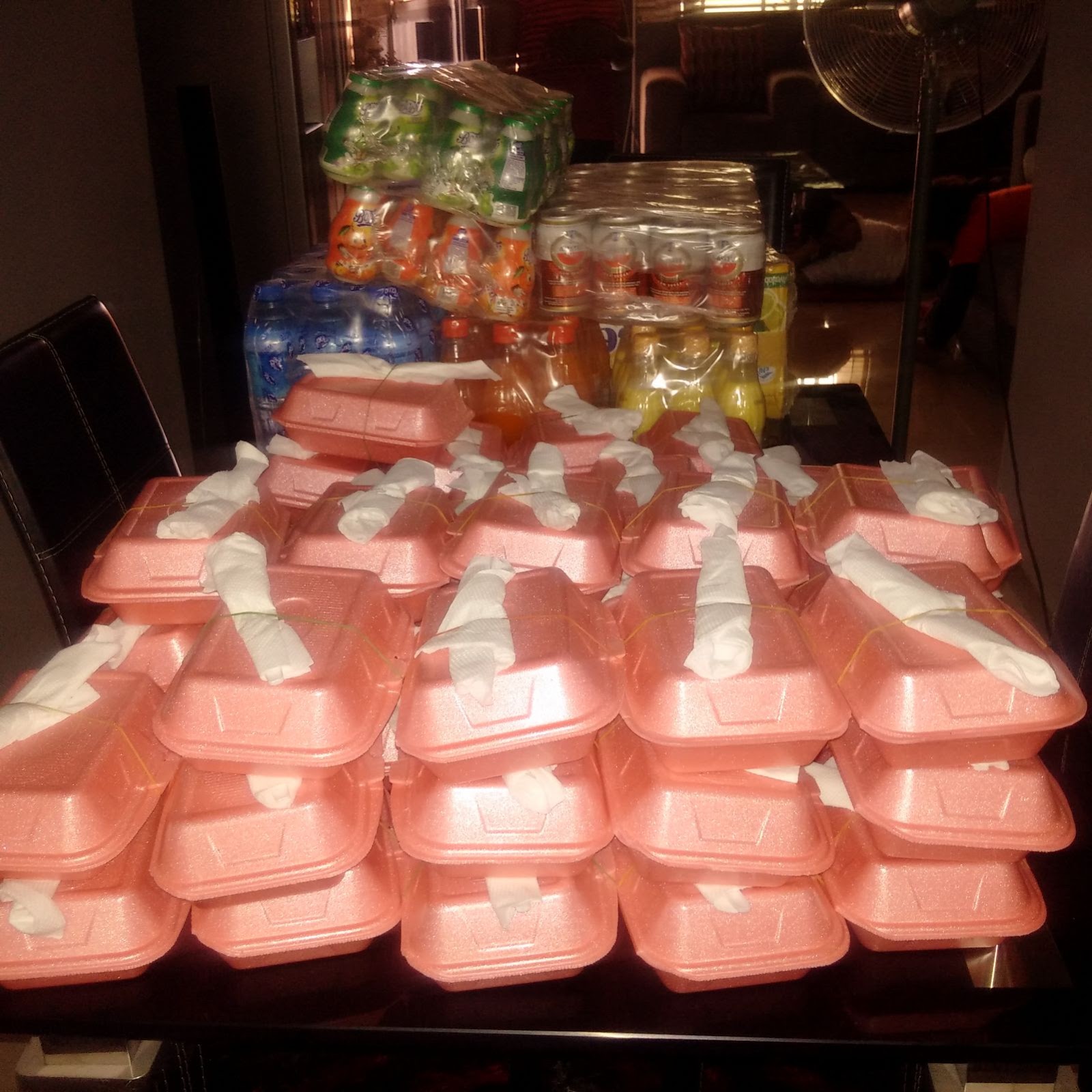