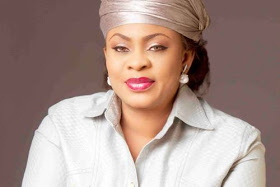 Agents of the Economic and Financial Crimes Commission (EFCC) have discovered the sum of N2.5 billion in a bank account opened in the name of a housemaid to former Minister of Aviation, Stella Oduah, who is now a senator representing Anambra State in the Federal Republic of Nigeria.

Two senior EFCC sources told Sahara reporters correspondent that the bank account and its huge deposits had been opened and operated without the knowledge of the former minister’s housemaid. “Senator Oduah apparently opened the account with her housemaid’s name, image, and details without the housemaid knowing about it,” said one EFCC agent familiar with the scandal.

Another EFCC source told SaharaReporters that Ms. Oduah had been going around to some top officials of the Muhammadu Buhari administration seeking their help to scuttle her impending trial. Last week, she asked for a meeting with EFCC chairman Ibrahim Magu, claiming she wanted to meet in her official capacity as a senator.

The two EFCC sources who briefed SR correspondent on the “housemaid” account disclosed that Ms. Oduah was the sole signatory to the account, adding that they were still connecting the dots to uncover how the ex-Aviation Minister managed to pull off such a money laundering operation.

“As of last week, the account was still active and contained over N2.5 billion,” said one EFCC source. He added that he could not ascertain whether the EFCC chairman, who is currently traveling in Saudi Arabia for lesser hajj, had ordered the freezing of the account.

One of SR’s EFCC sources revealed that the discovery of the “maid” account meant that the former minister must have stolen as much as N5.6 billion so far from the Aviation Ministry’s funds during her ministerial term.

SaharaReporters had revealed in earlier reports that EFCC investigators had so far determined that Ms. Oduah split N3.6 billion that she acquired illegally among eight companies.

In August 2015, Ms. Oduah filed an application at a Federal High Court to stop the EFCC from investigating allegations that she bought two ostensibly bulletproof BMW cars at $1.6 million, or $800,000 apiece. A controversial judge, Justice Mohammed Yunusa, initially granted the order sought by Senator Oduah. However, in February 2016, after Justice Yunusa was transferred out of Lagos, another federal high court judge vacated the order, permitting the EFCC to carry on with its investigation.

SaharaReporters had broken the report about the BMW scam during Ms. Oduah’s ministerial tenure. Several BMW dealers in Europe and North America told sahara reporters that what the Nigerian Civil Aviation Authority (NCAA) paid for the two BMW cars far exceeded the price ranges for such bulletproof automobiles.