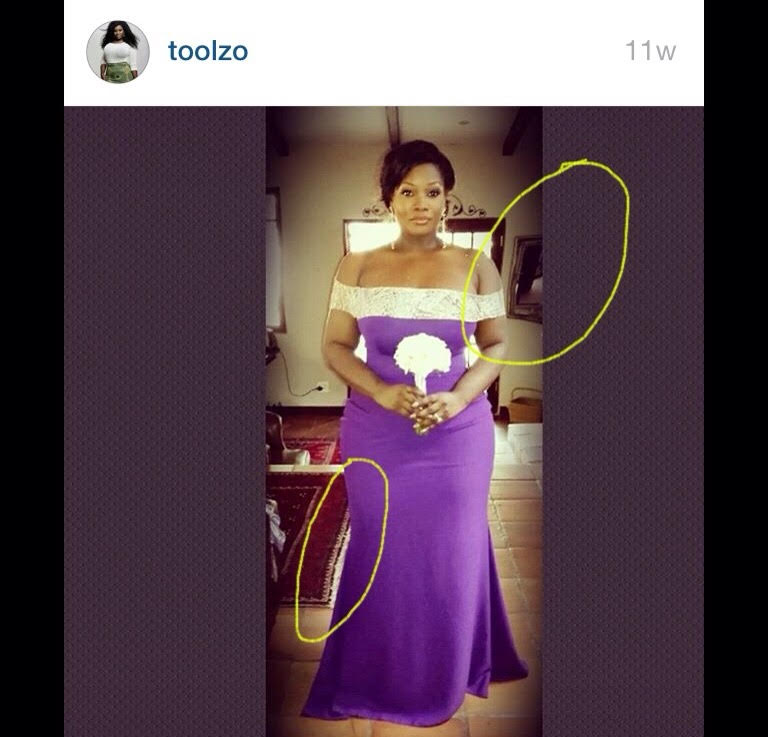 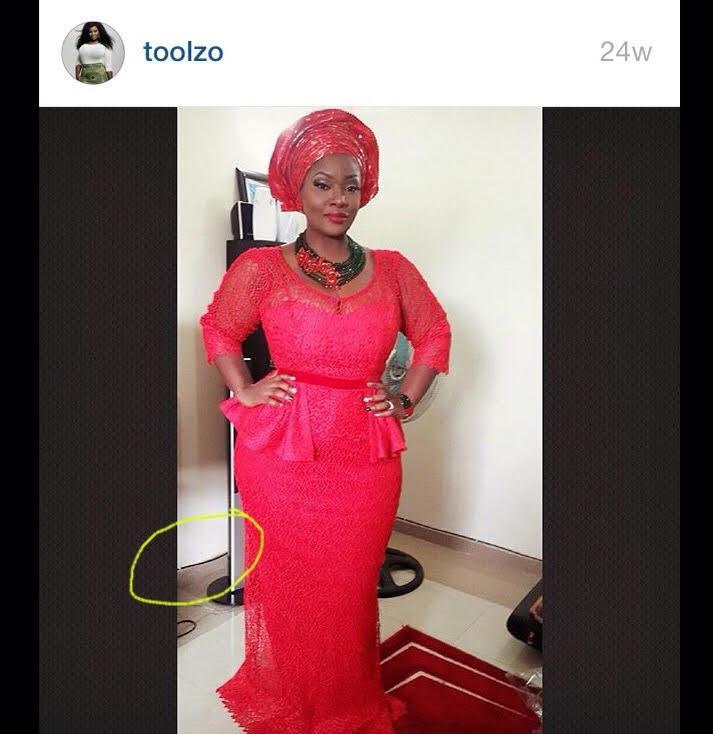 For a while now, most of fans OAP Tolu ‘Toolz’ Oniru has been in serious doubts about her well loaded curves.
Few who have seen her one-on-one, argue that it’s a constant photoshopping as she is not as “curvilicious’ as she often appears on social media.
Truly, it takes very keen eyes to spot photoshopping failure of Nigeria’s favourite OAP Toolz, it is a tad shocking that she falls into that category of celebrities altering their photos just for the Gram….see more 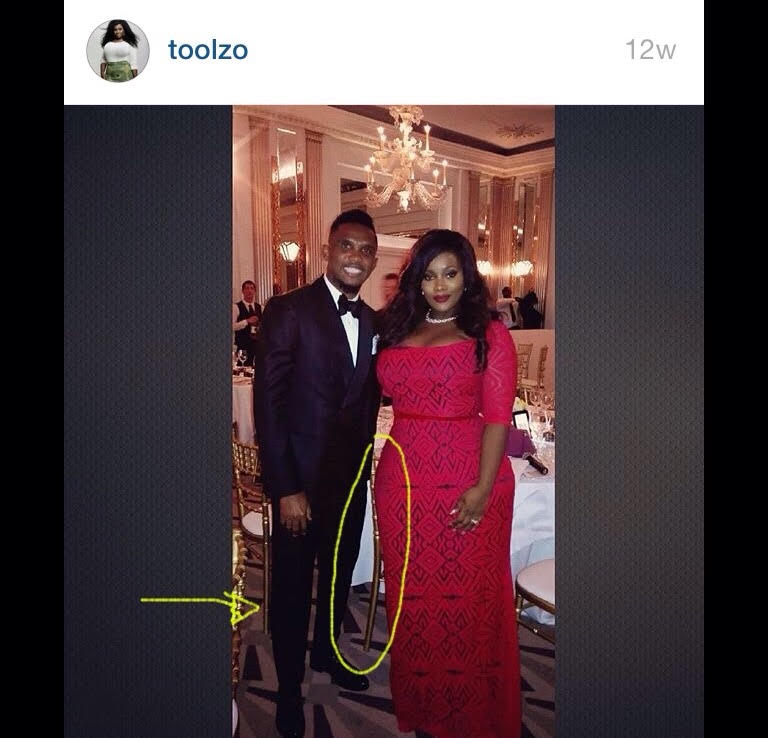 The soon-to-be Mrs Demuren is famous for her curves. Many a woman would kill to borrow her body for just a day, but many of her photos show editing fails. The usual effect of badly edited photos is that the environment is visibly altered too, walls and everything around that area become curved, bent, sucked in or dented.
Recently some photo editing gurus, took to  Toolz Instagram page and picked out majority of her photos that have been altered. She is seen flattening her belly, tucking in her sides and arms, slimming her legs. 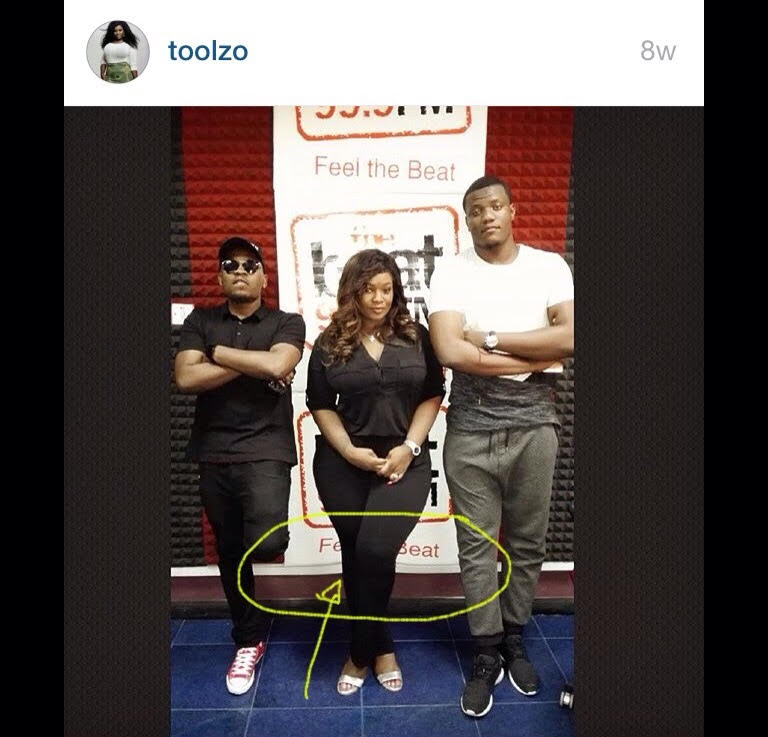 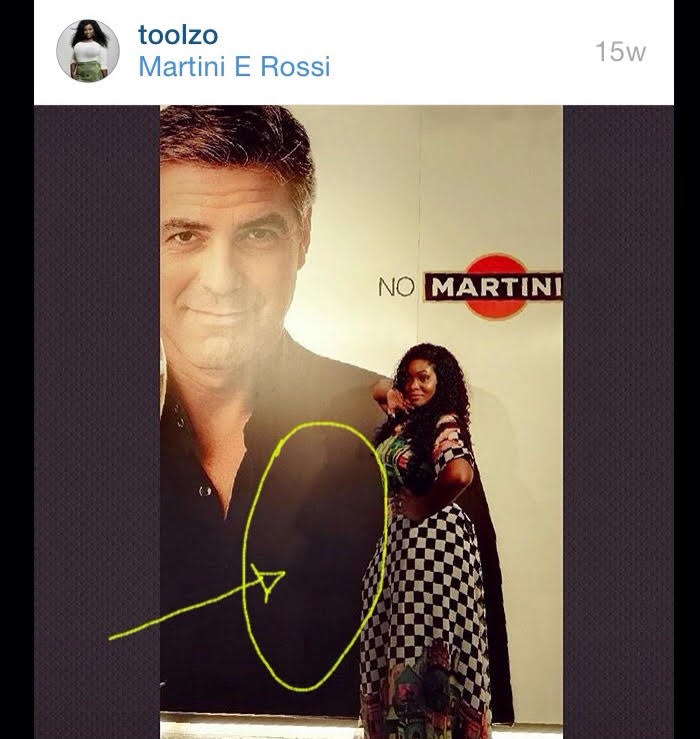